Progress update – 22nd Oct ‘18
I thought a sawn off shotgun could help defray expenses. Thinking Ma Baker. Unfortunately this appears to be the wrong bore. 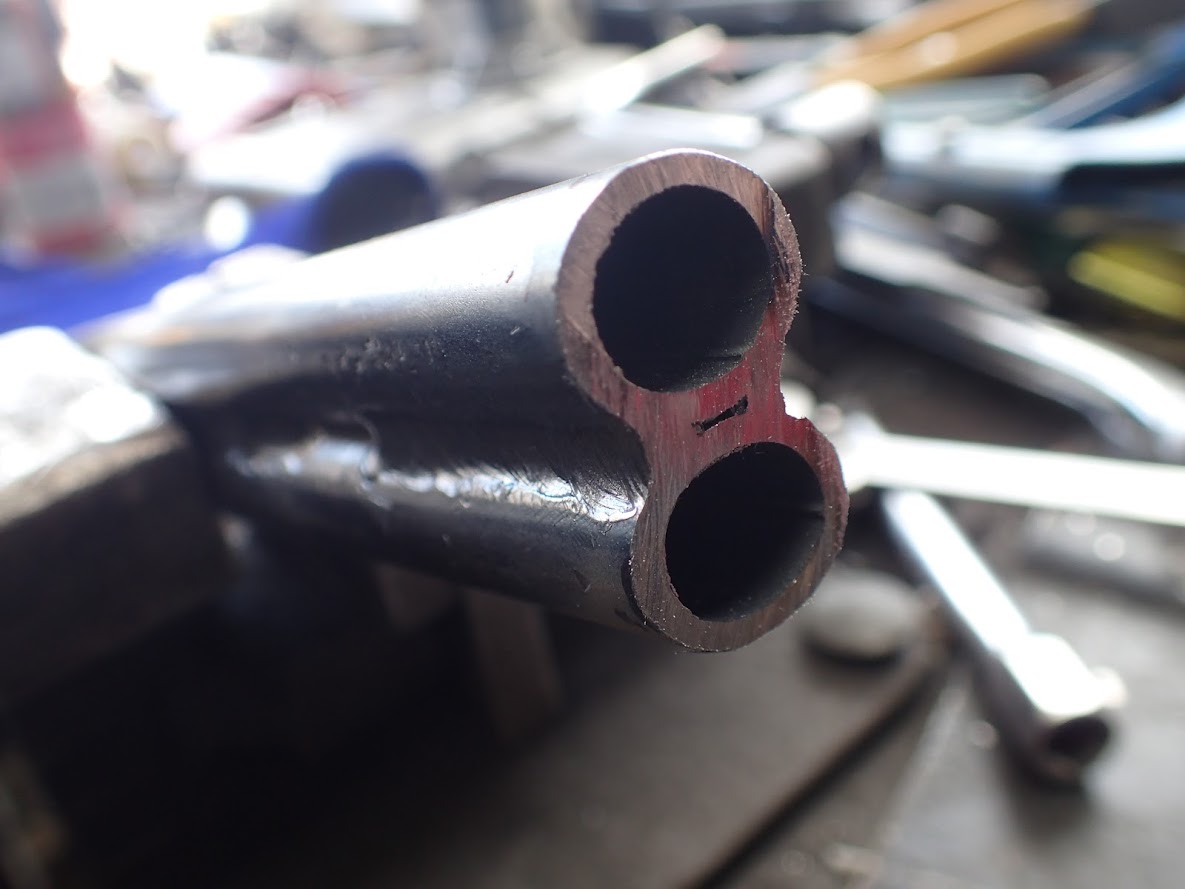 Welded two 16 O/D 2mm wall thickness tubes together to start the cross brace to the bottom rear sidecar mount. The end mounts for the cross brace are the Paralever pivot mount, & the rear of the spar, just ahead of the clevis. 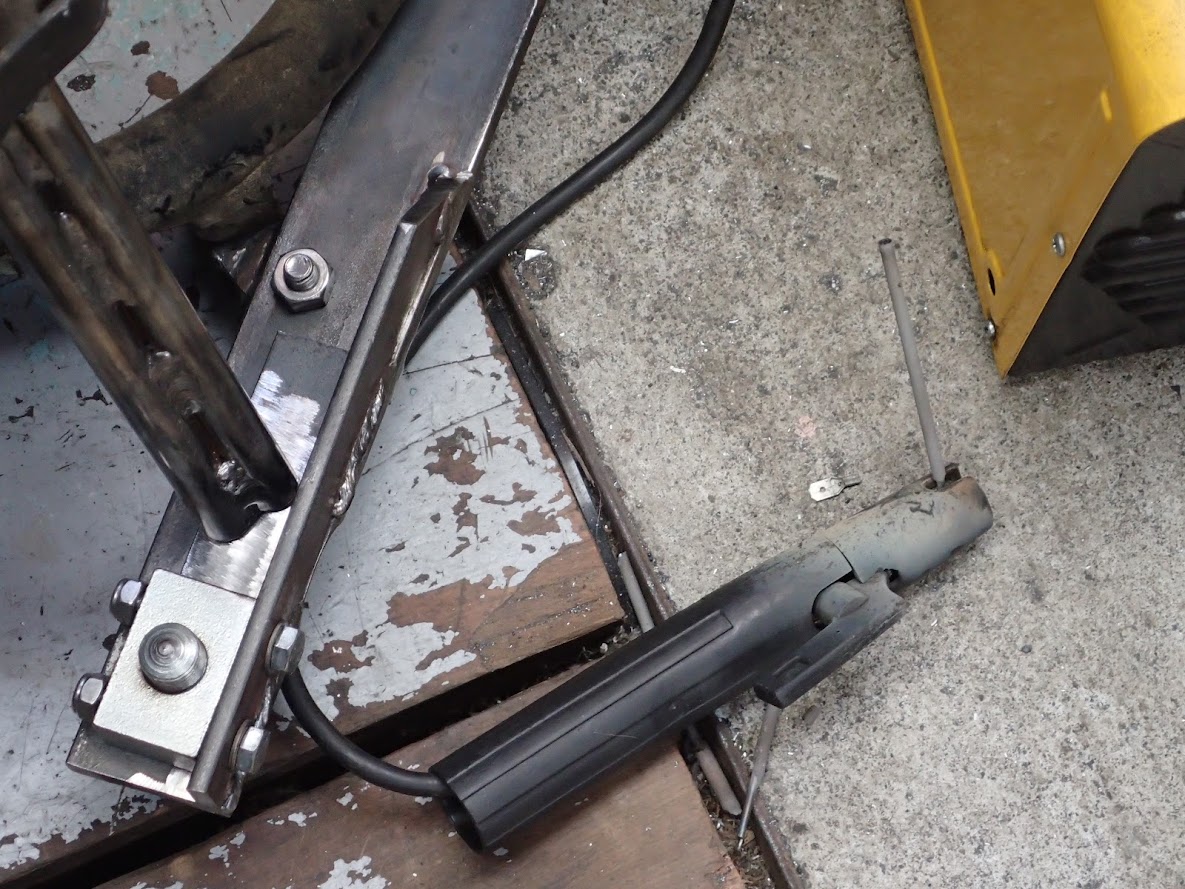 The paralever pivot bolt is 10mm thick, & also acts as the pivot for the brake lever (at the other end). Fortunately there was a spacer between the end of the paralever pivot mount & the nut, so that allowed the cross brace to use the same pivot bolt & nut, without the need for a machined replacement. 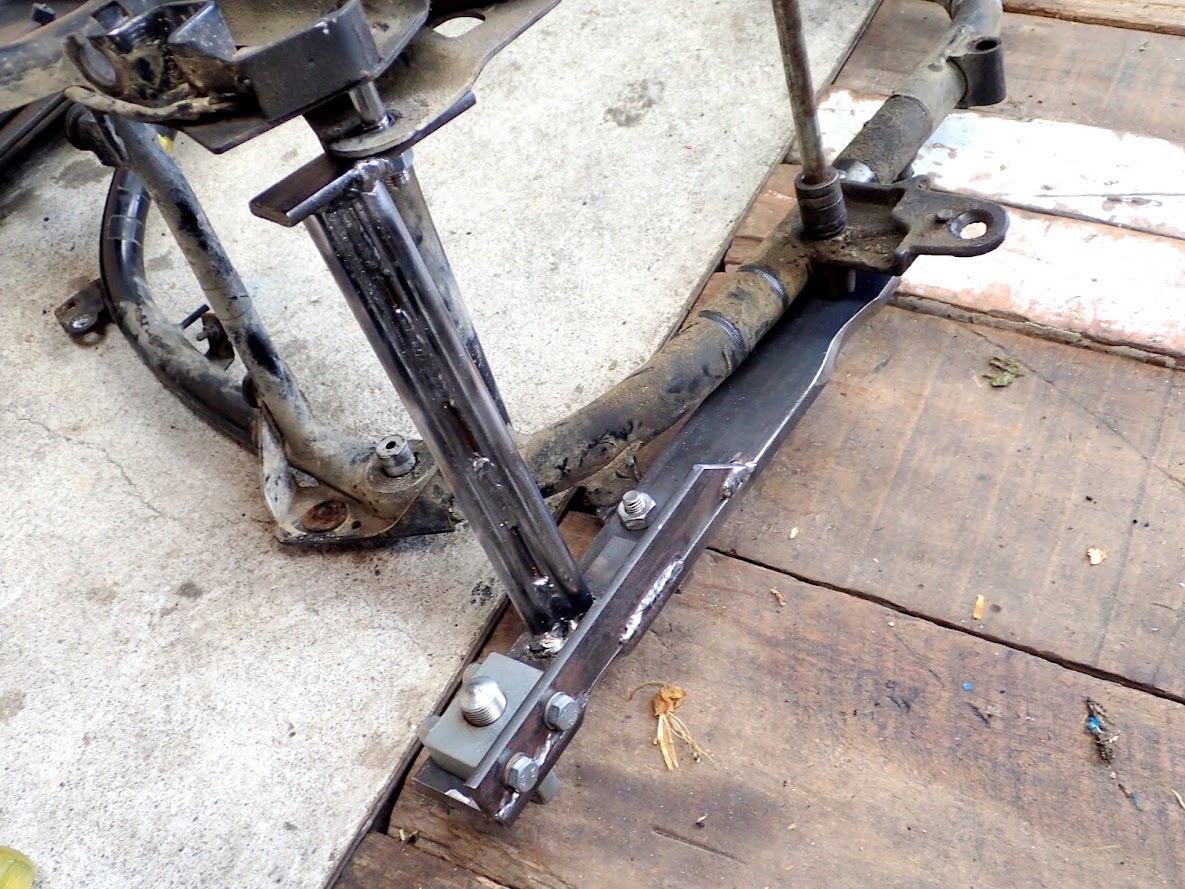 There is minimal clearance on the exhaust. The V1.0 was too tight. There is about 1mm in it in V2.0. 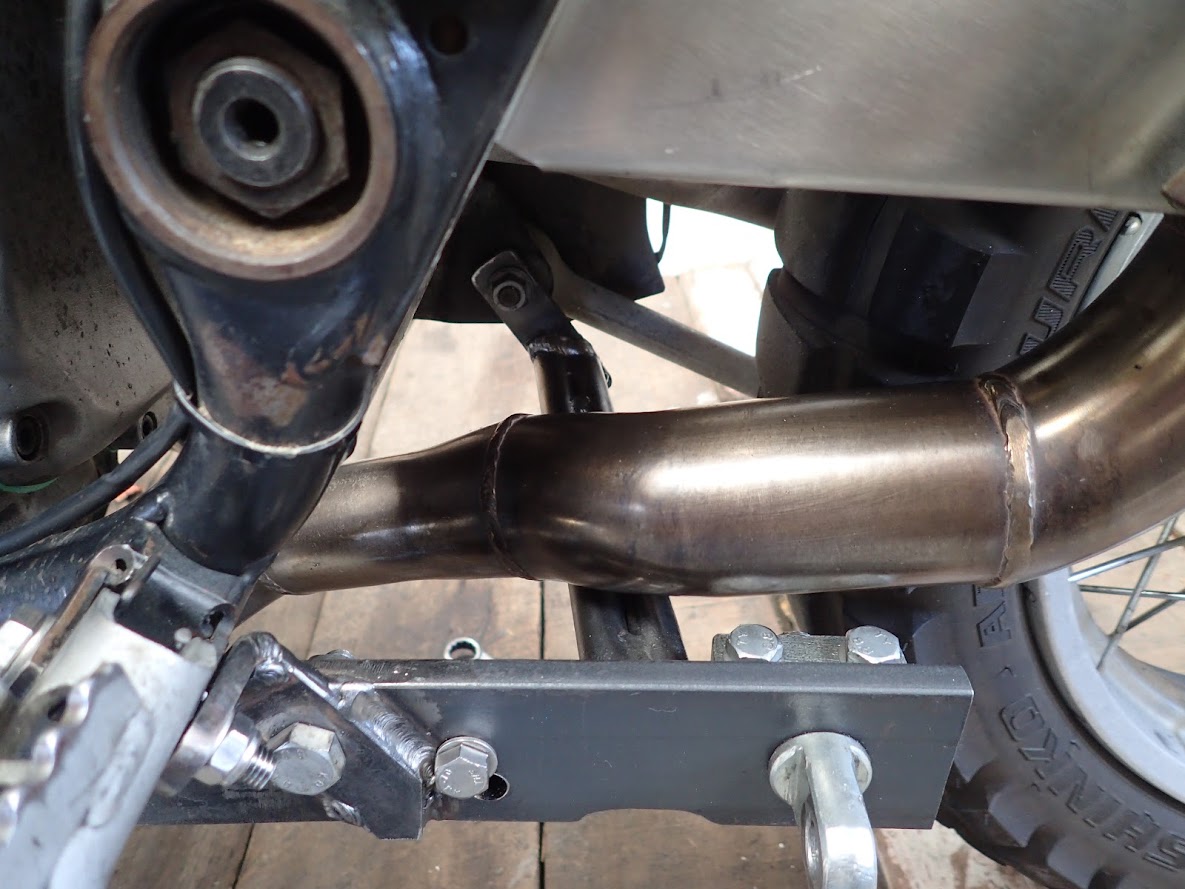 The v2.0 brace hangs down from the paralever pivot at 45 degrees, in order to get clearance from the exhaust. I was going to gusset this, but that would make the pivot nut harder to tighten, so we’ll see how it goes. The force acting on it will be anything that attemts to bend the 10mm spar. The cross brace mount is 6mm thick, so a reasonable amount of steel to bend, & not a long lever.

I’ve drilled out the folding LHS footpeg mounts holes to 12.5mm, & have a 25mm piece of 12 mm alloy tube inside that, to act as a pivot. The tube is clamped between the two frame ‘ears’. The main benefit of that is that it braces between the two ‘ears’ on the footpeg mount, & allows that to act as a solid mount for the rear mount spar. But the footpeg can still pivot freely. 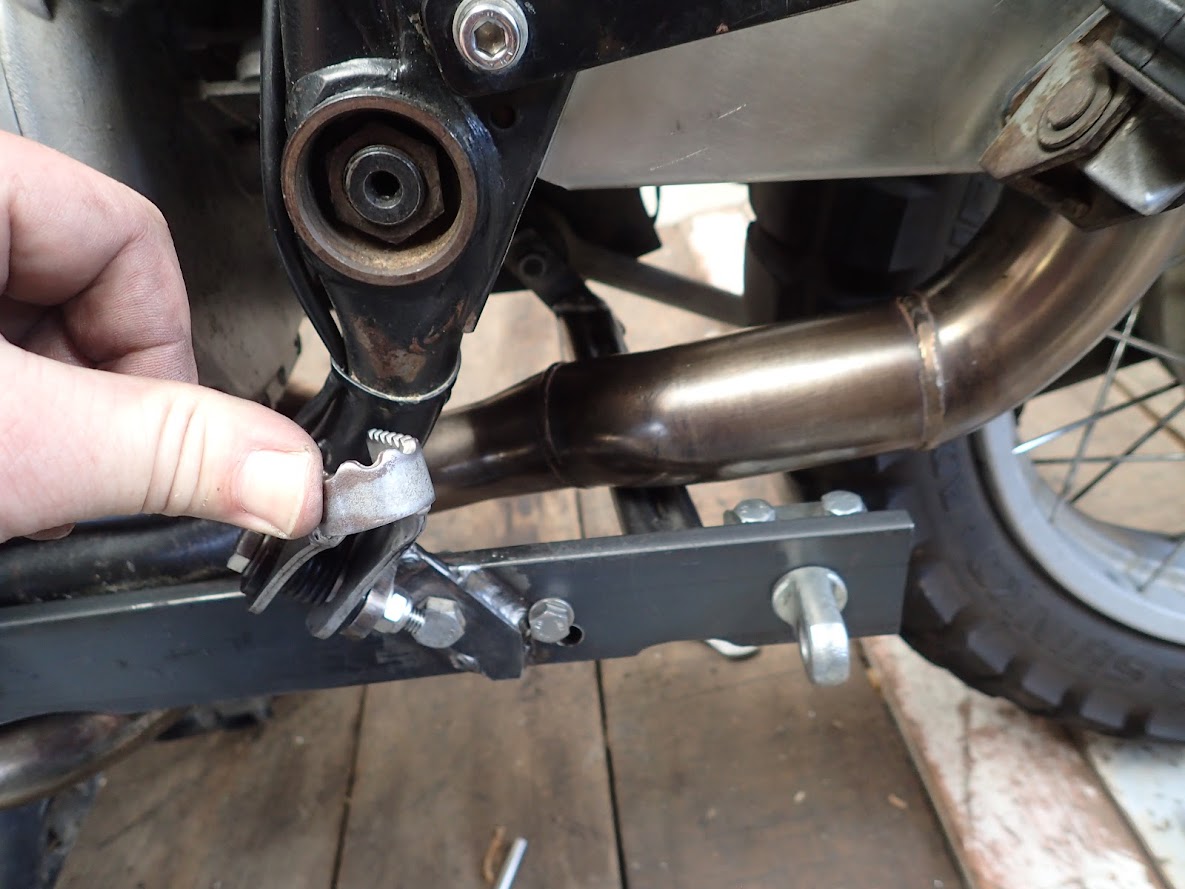 As shown in the earlier photos, I’ve also put in a back brace behind the spar, from the clevis mount thru to the footage bracket. The idea of this was to limit flex in the spar, as well as provide a mount for the tapped clevis block.

Also, while the brake lever area was apart (during work of the paralever pivot mount), I took the opportunity to lube the rear brake lever pivot, & also replace the brake cable, which was fairly stiff.

The rear mount is now complete aside from testing, & minor finishing work including paint.