PROGRESS UPDATE 11TH NOV & FIRST SHAKE DOWN RUN:
Changed the exhaust back to the SV1000 can – quieter, & cleaner at small throttle movements. Also pinched the bash plate off the Supertanker, given the terrain we expect to see this coming week. The Supertanker will get the swiss cheese R100GS bash plate.

Wired in the sidecar lights. Tapped off the rear light loom, connection taken care of by a lovely waterproof deutsch plug. I think I may used more of these when I tidy the wiring loom.

Refitted a Vapor Speedo. I previously couldn’t get the backlight to work. It died after one hugely wet ride, & I thought the issue was internal to the speedo. That wouldn’t have passed WoF. It turns out the power feed had a break in it right at the waterproof connector. :hackBugger…

The mounts have been painted. Unfortunately I didn’t wait long enough for the paint to harden, so I’ll need to do that again at some stage. At least it will keep the rust at bay. And it may motivate me to start cleaning up some of the ‘patina’ that Gus has developed in the 8 years I’ve owned him.

Out with Mrs Box’a’bits to pick up some Parkvale Mushrooms, & for lunch at Martinborough. Good to have her along as ballast. This was the first ride in anger over the Remutakas. Reasonable sort of day for it. 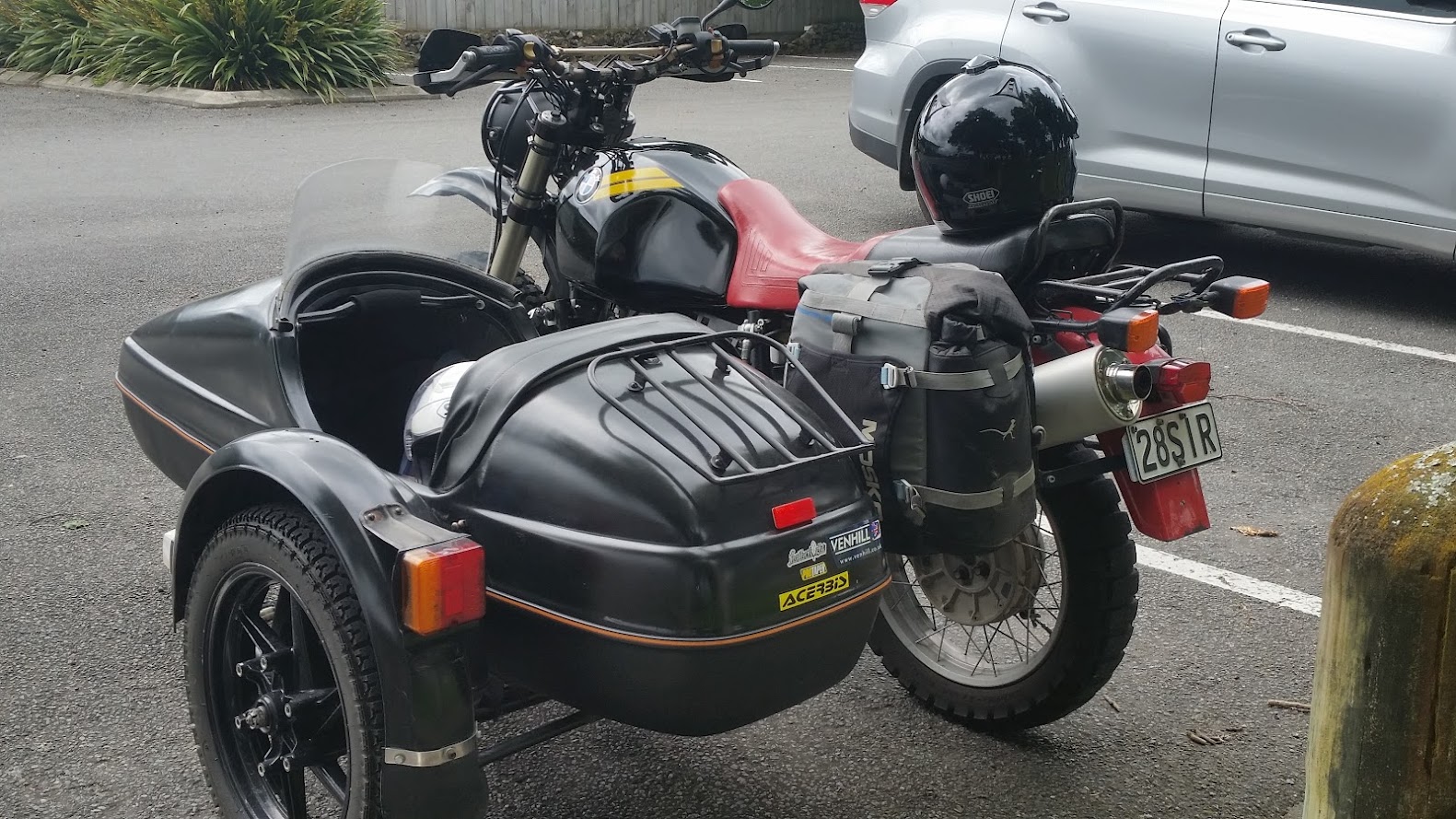 Impressions:
– The stronger front end doesn’t flex or move compared to the R80 Mono. On the whole, much nicer, but it does cause a chain reaction that means when I am pushing on, the front tyre is more inclined to slide.
– Steering is heavy, but fine. I didn’t feel as beaten up by the time I made it across the Remutakas.
– Front brake is weaker, but still adequate. The R80 Mono was twin disc
– The rear brake is weaker, & a lot less inclined to lock in right hand bends (which I sometimes used on the R80 Mono to turn the bike in slow bends).
– The tug suspension has more movement but is well damped. Unsurprising given it is higher quality & has adjustable rebound & compression damping. And more suspension travel than the more road oriented R80.
– Mounts are way better than the universals I used at the DGR, & EddieB’s mounts on the R80 mono – you can really lean on the new mounts without feeling flex. But the stronger mounts do feed more engine vibration back into the frame.
– There is still a small amount of carb hesitation just off idle, which I can tune out. Plugs are running nicely lean.
– I need to move the gear lever linkage slightly, to drop the gear lever. This may assist with gear change – which needs to be fairly deliberate
– It definitely feels higher geared than the R80. I’ve put in a lower first gear to try to compensate, but longer term I may also try to find a 32:10 ratio final drive from an R80GS to drop in.

I haven’t been able to fit the new (R1200C) sidecar wheel for this trip. I need new spacers made up for that. Maybe next time

Need to get a (donated & squared off) Kenda 270 rear tyre fitted. I don’t think the Shinko has enough life left for this weeks ride. 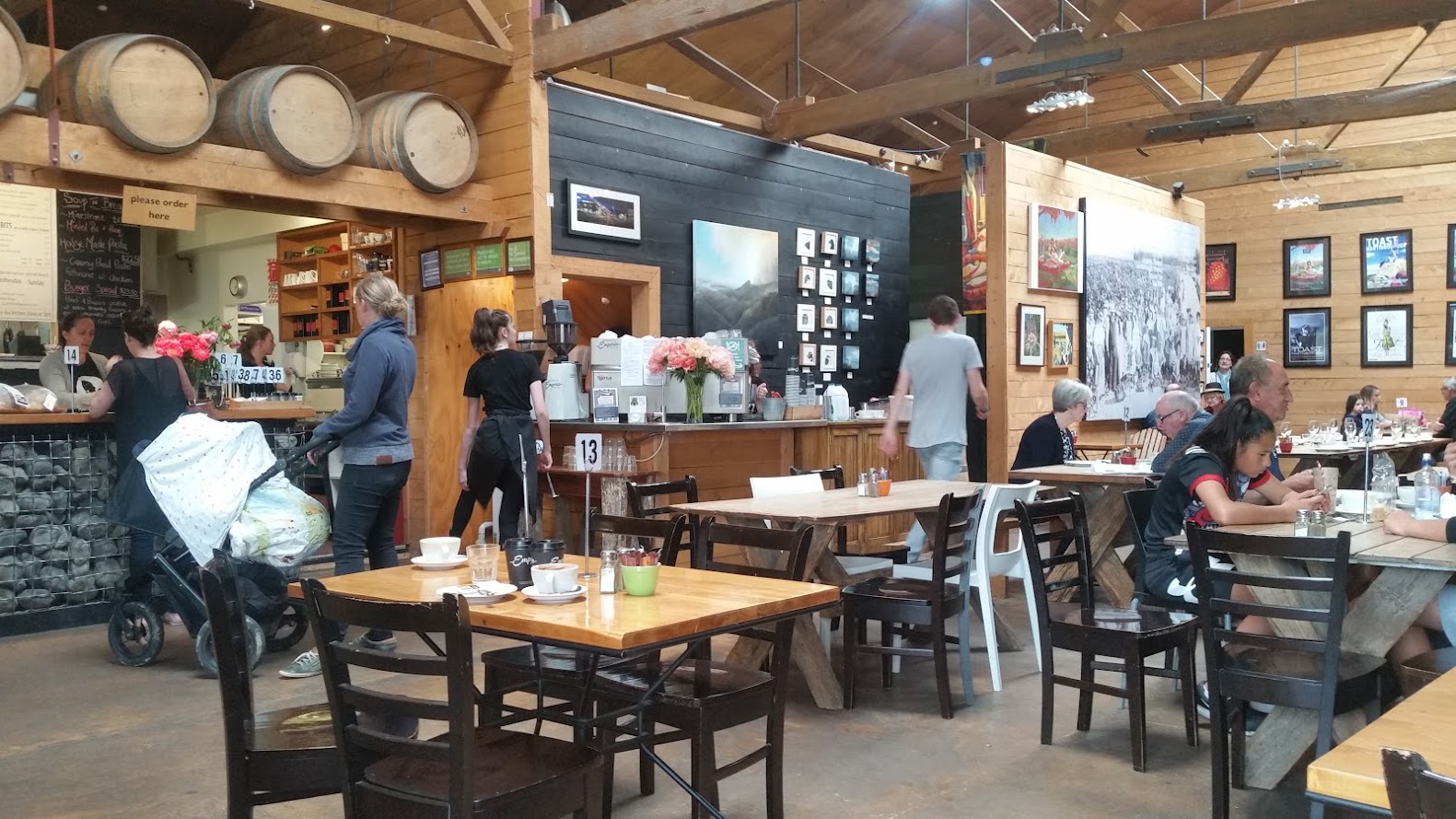 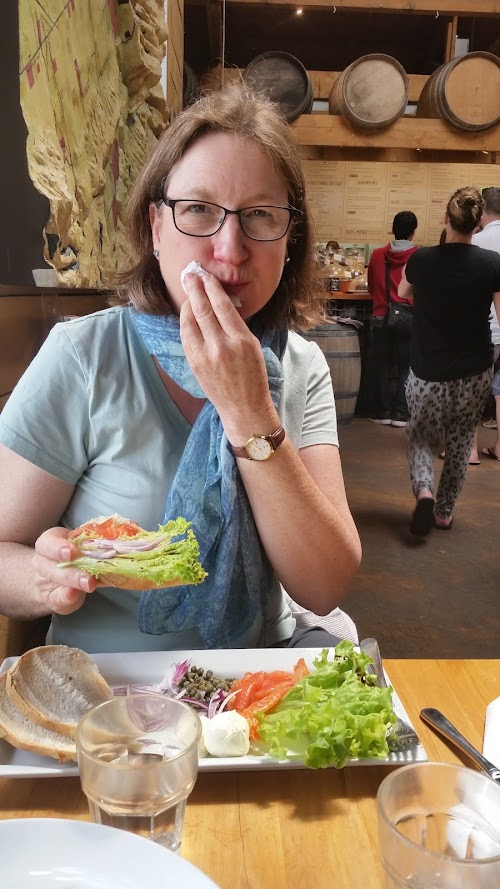 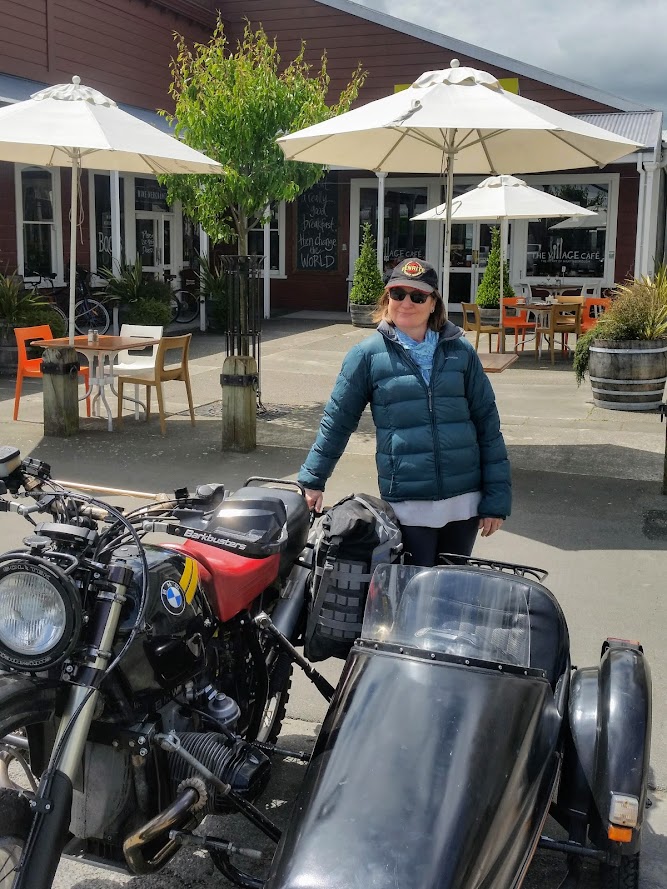