We decided to take the Inland Rd through to Kaikoura, in part to allow the others to see the damage from the earthquake. It also allowed us to gas up in Kaikoura, & also get in food for the trip into the Clarence River Reserve.

There’d been a few changes since I was through last. The road diversion down into the stream bed has gone & the road was reinstated back above it. Last time it just ended…

Lunch at a Bakery in Kaikoura, then took SH1 north to see the road repairs. Still a lot of NCIR vehicle around one year on from my last visit. Went as far as the 10 minute queue near Ohau Point. But we didn’t want to wait, so turned around at that point. 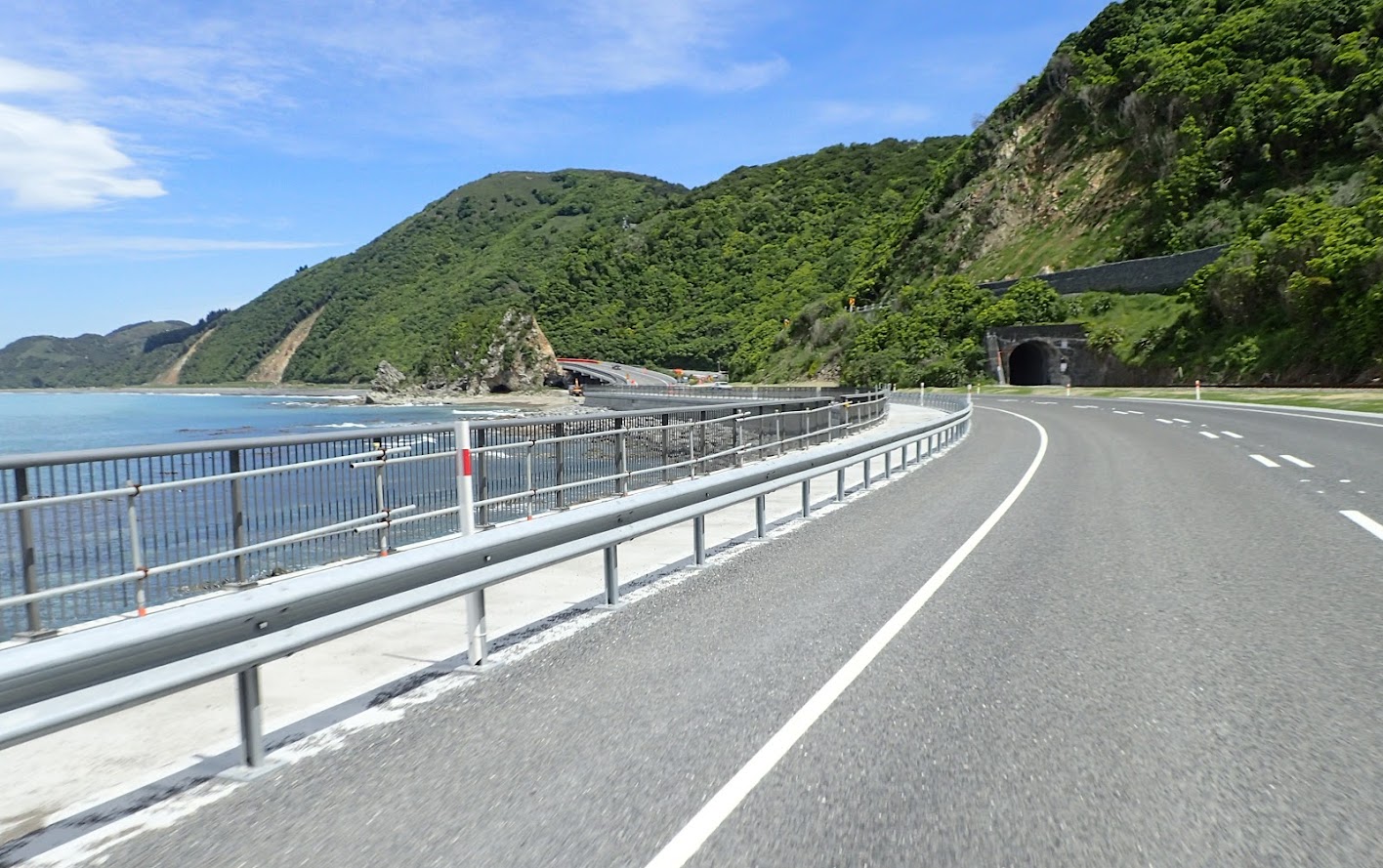 I took a few quick snaps from the moving slidecar (camera on a tether around my wrist) – I knew there was no traffic behind me. But missed the bigger slips. 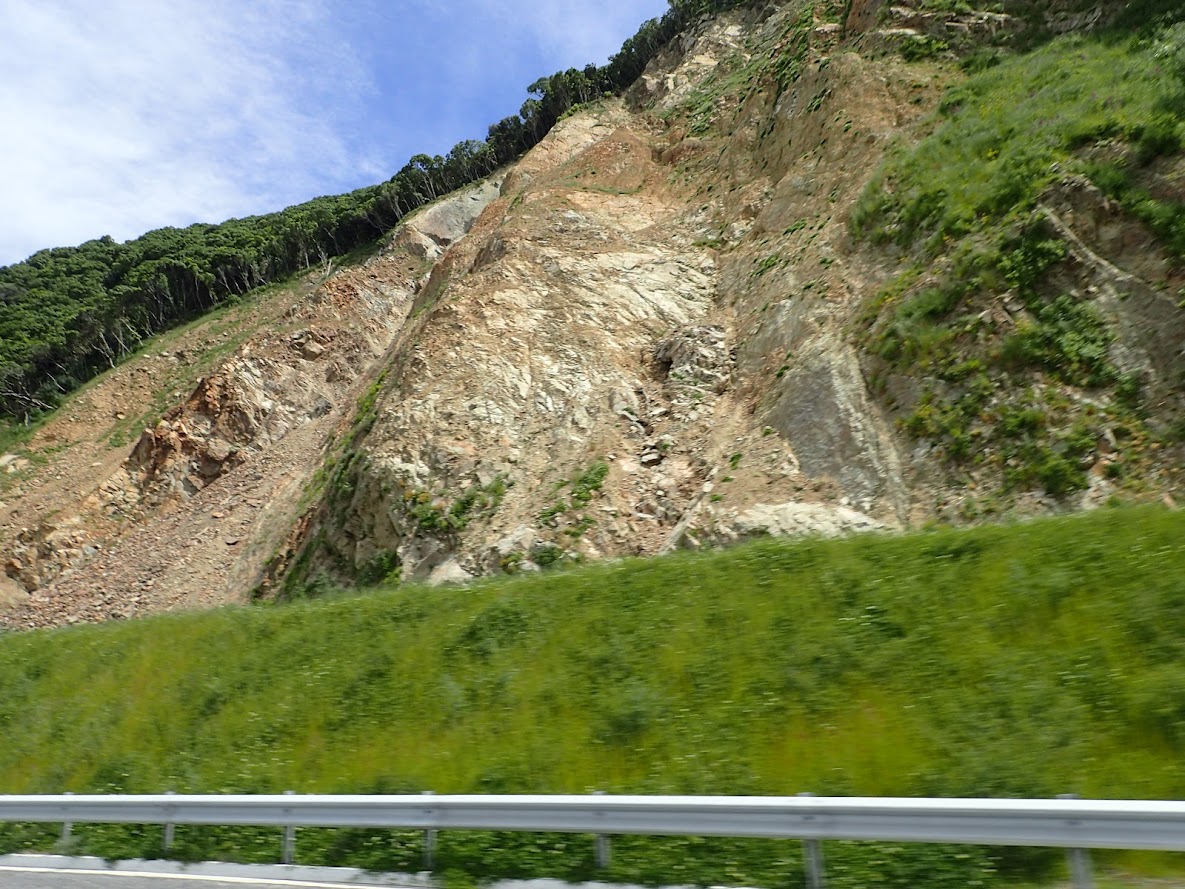 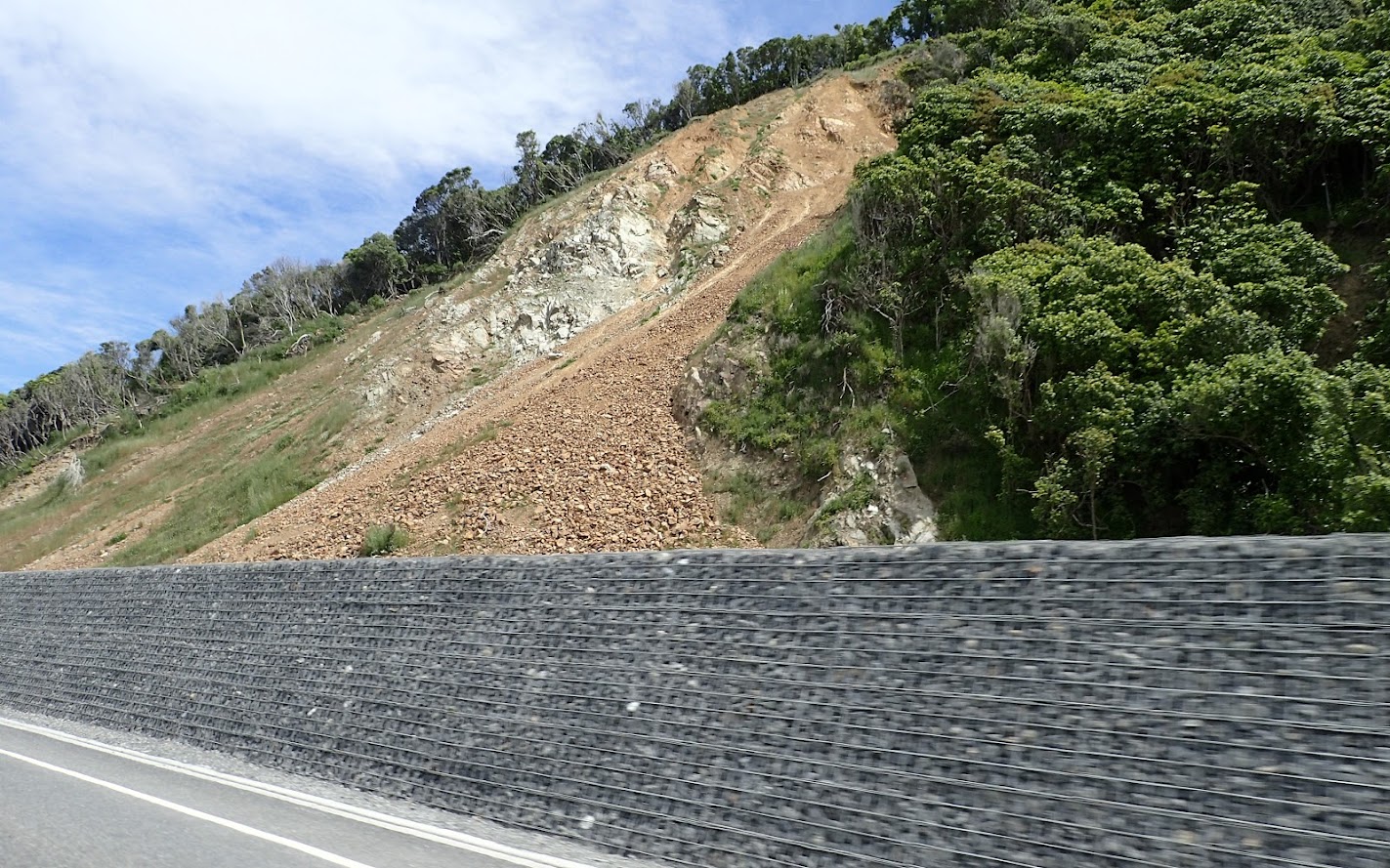 Gassed up, got in supplies, then headed back to the Kahutara Stream. 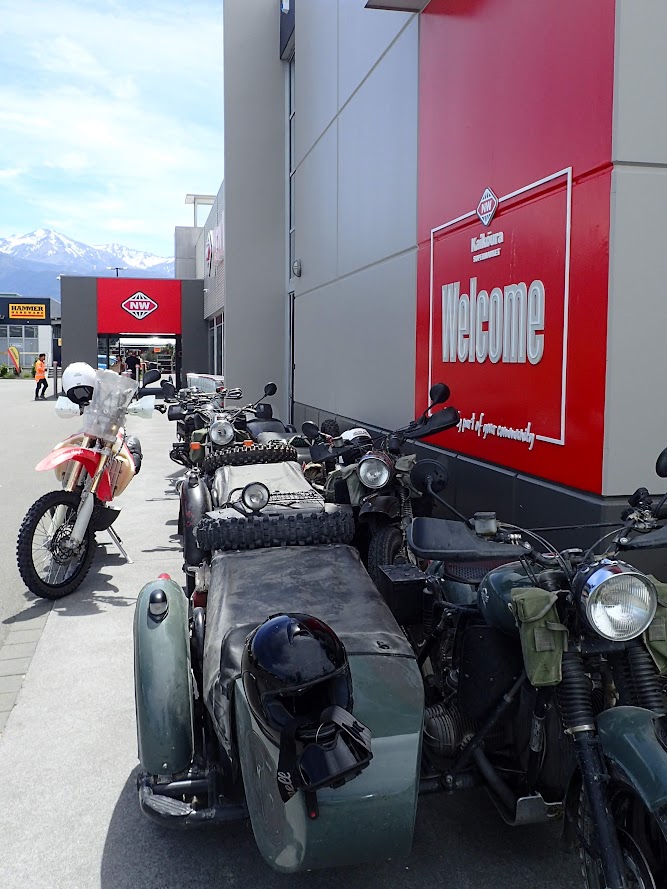 Access to the Clarence River Reserve is along the streambed, then up into a farm track. There is locked gate further along which you need a code to allow access. The track winds up into the foothills, then along a ridgeline, & up onto a steep switch back climb. At least part of this shows as a slip / scar in the hillside. Around about then you realise how high you are – stunning views back to the Kaikoura flats, but if you get it wrong they’ll need to chopper your body out. 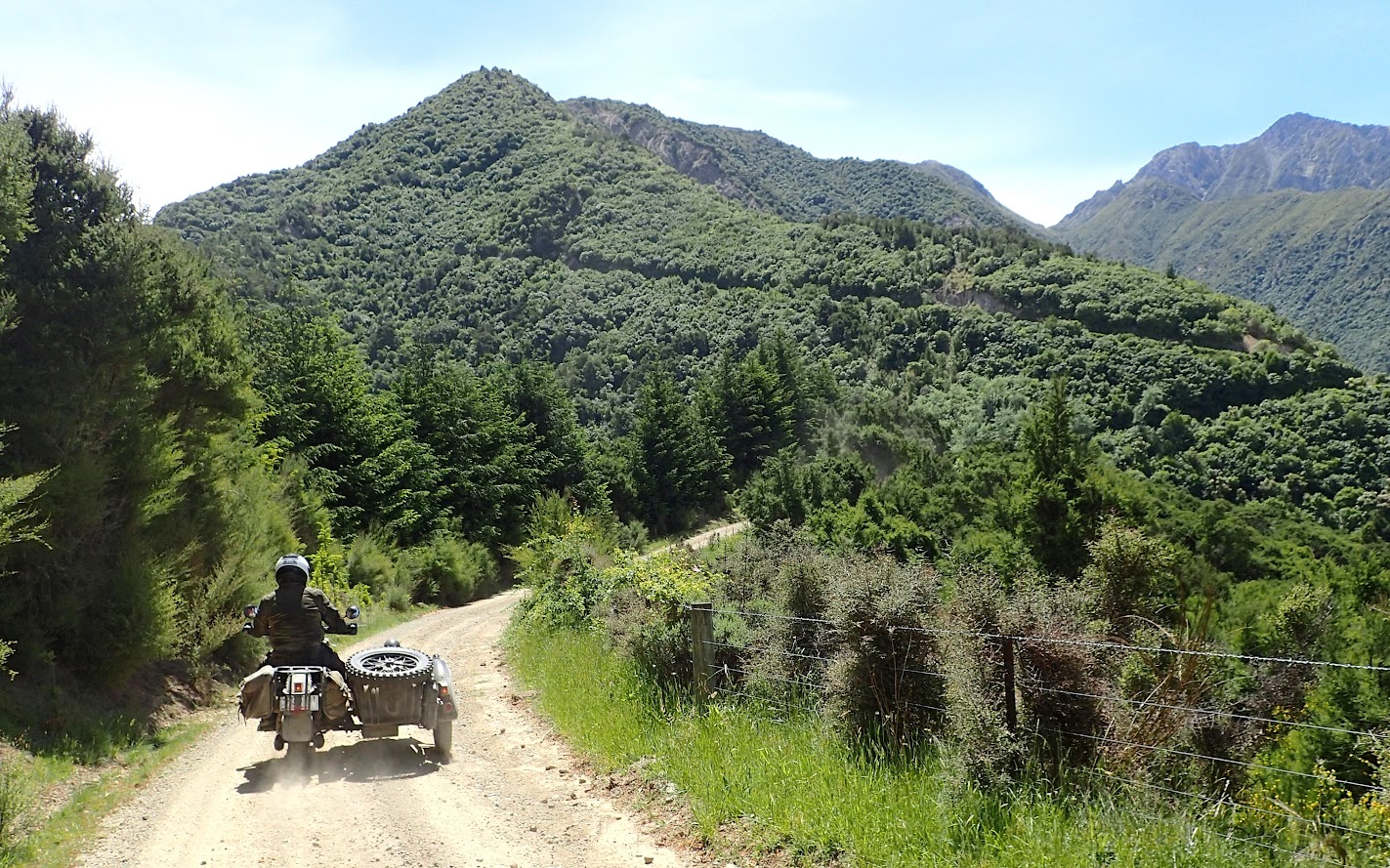 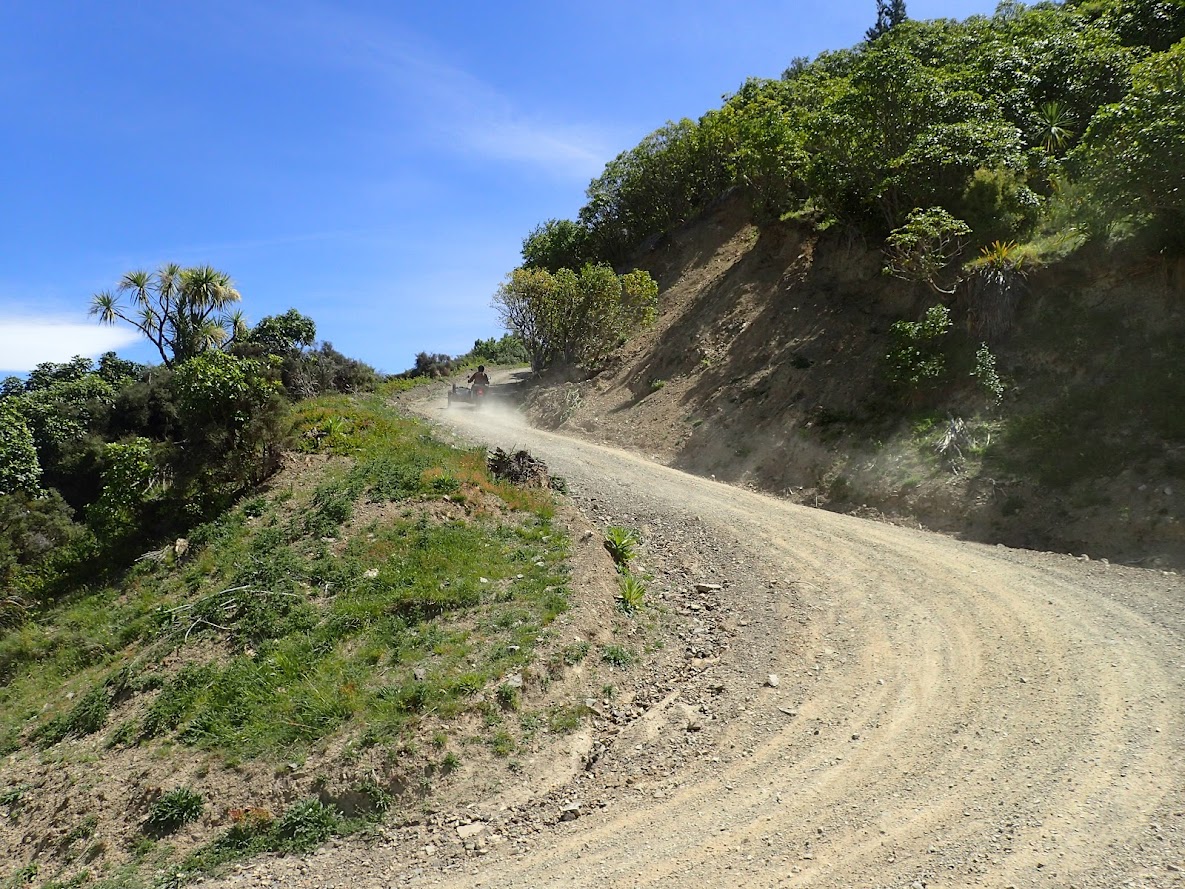 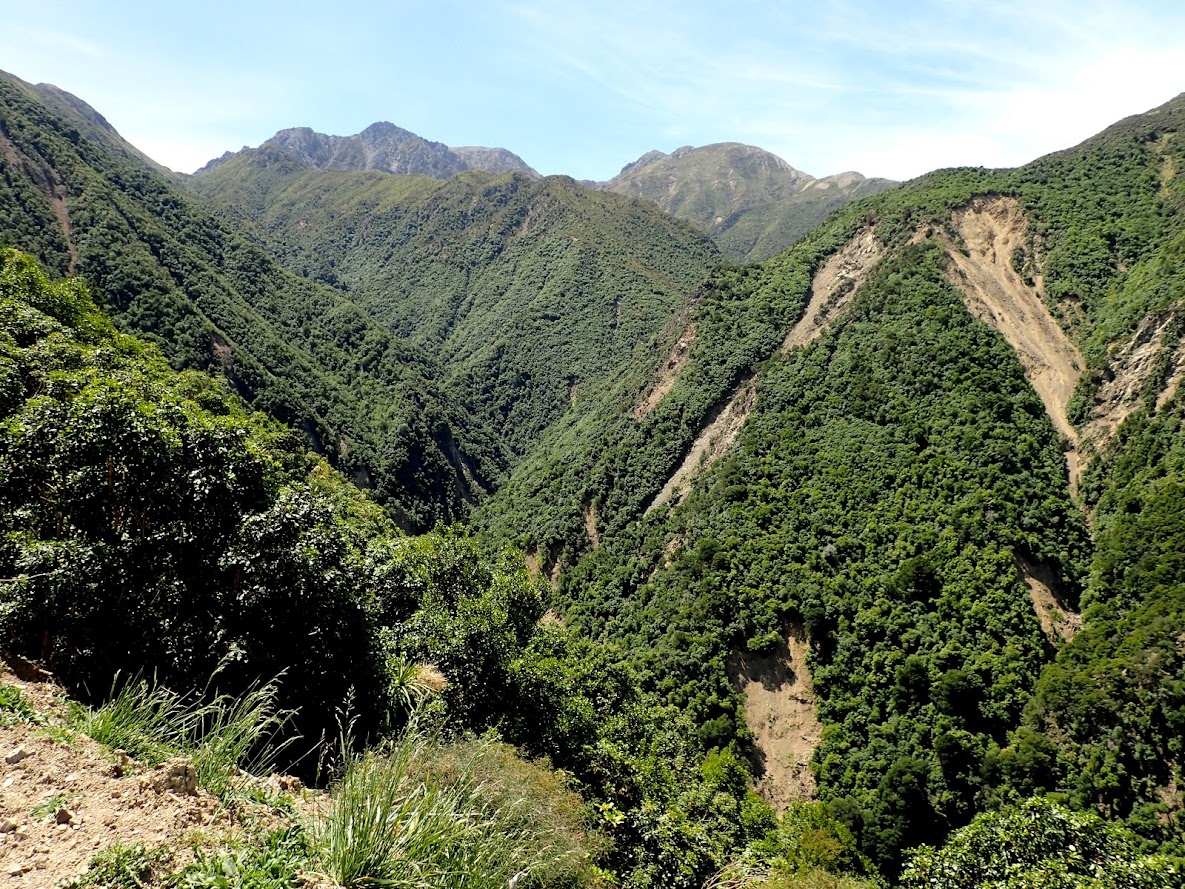 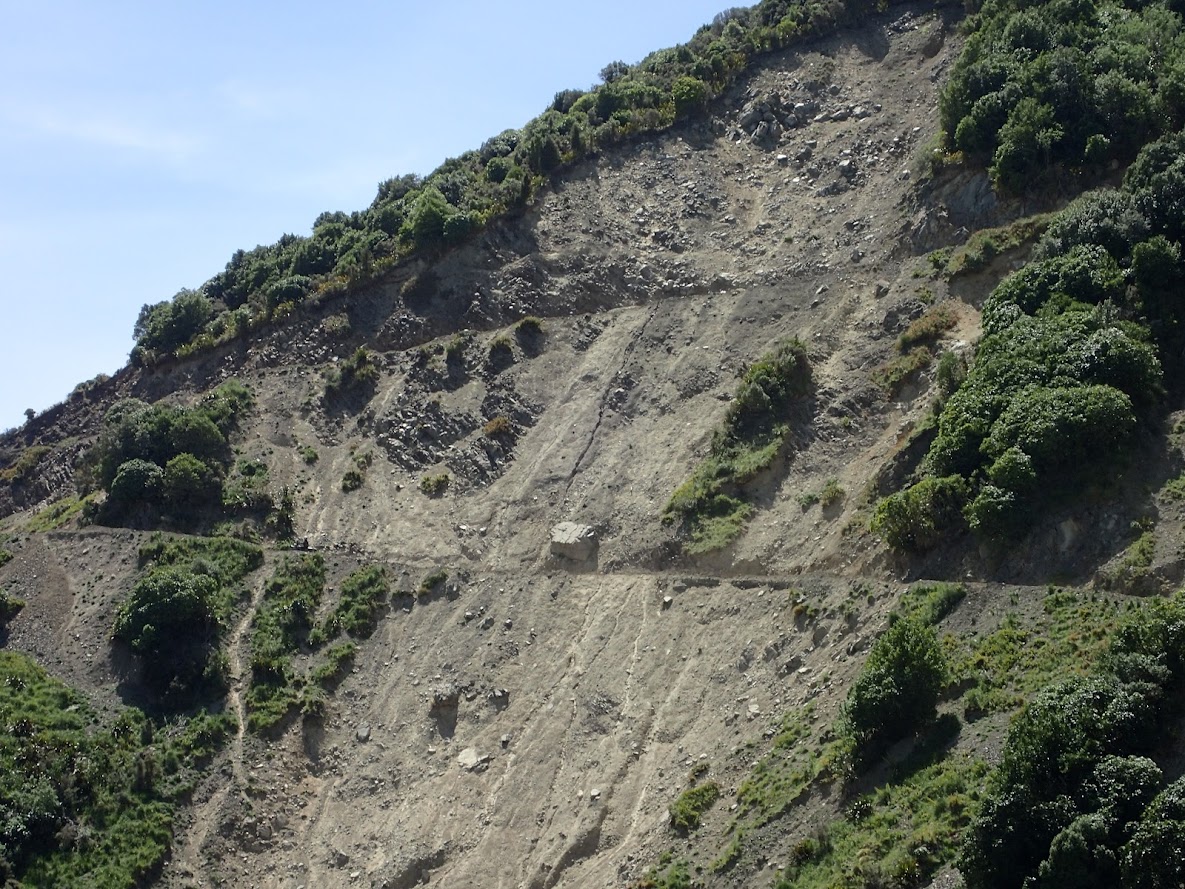 Yes, there is a sidecar in this picture 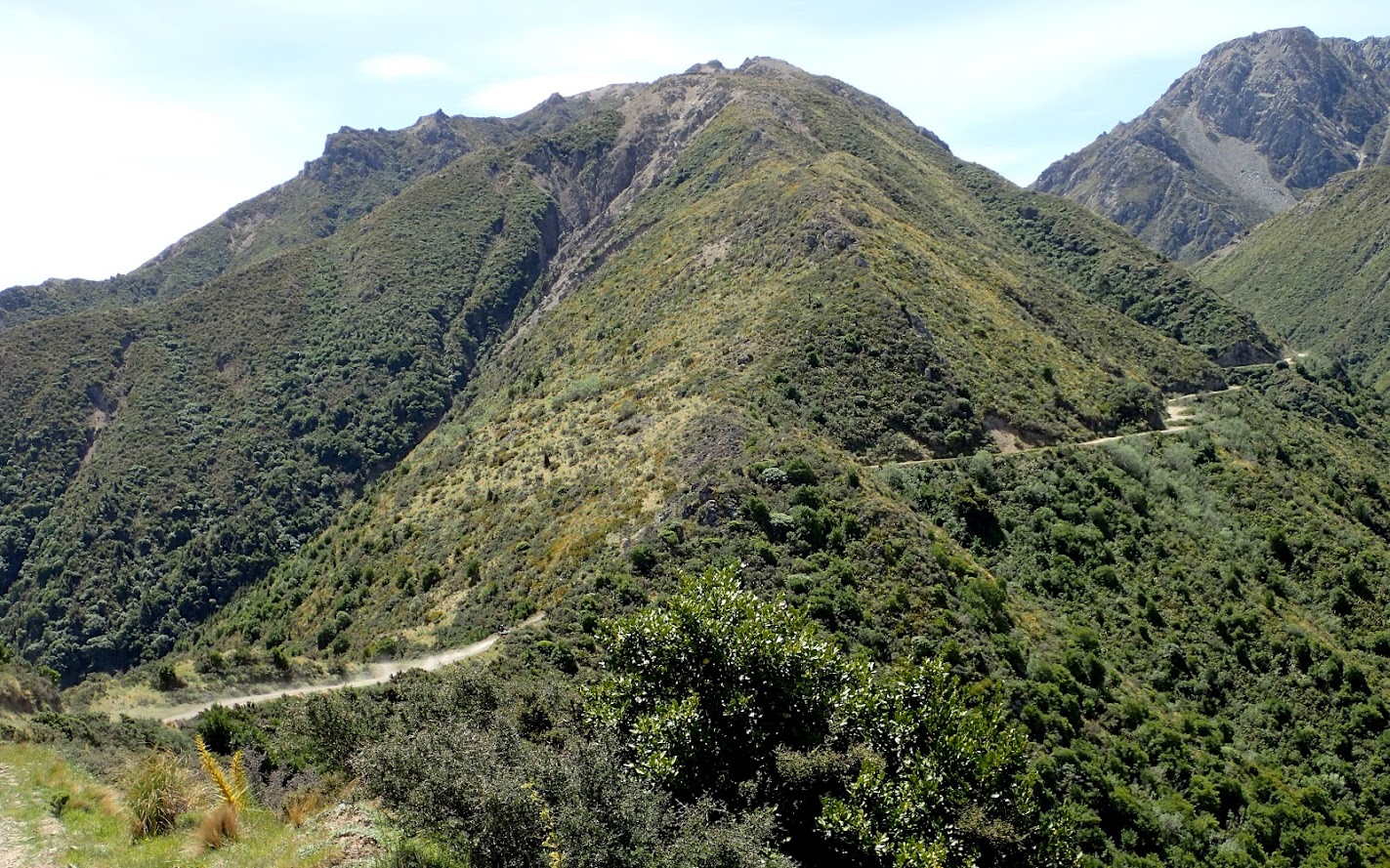 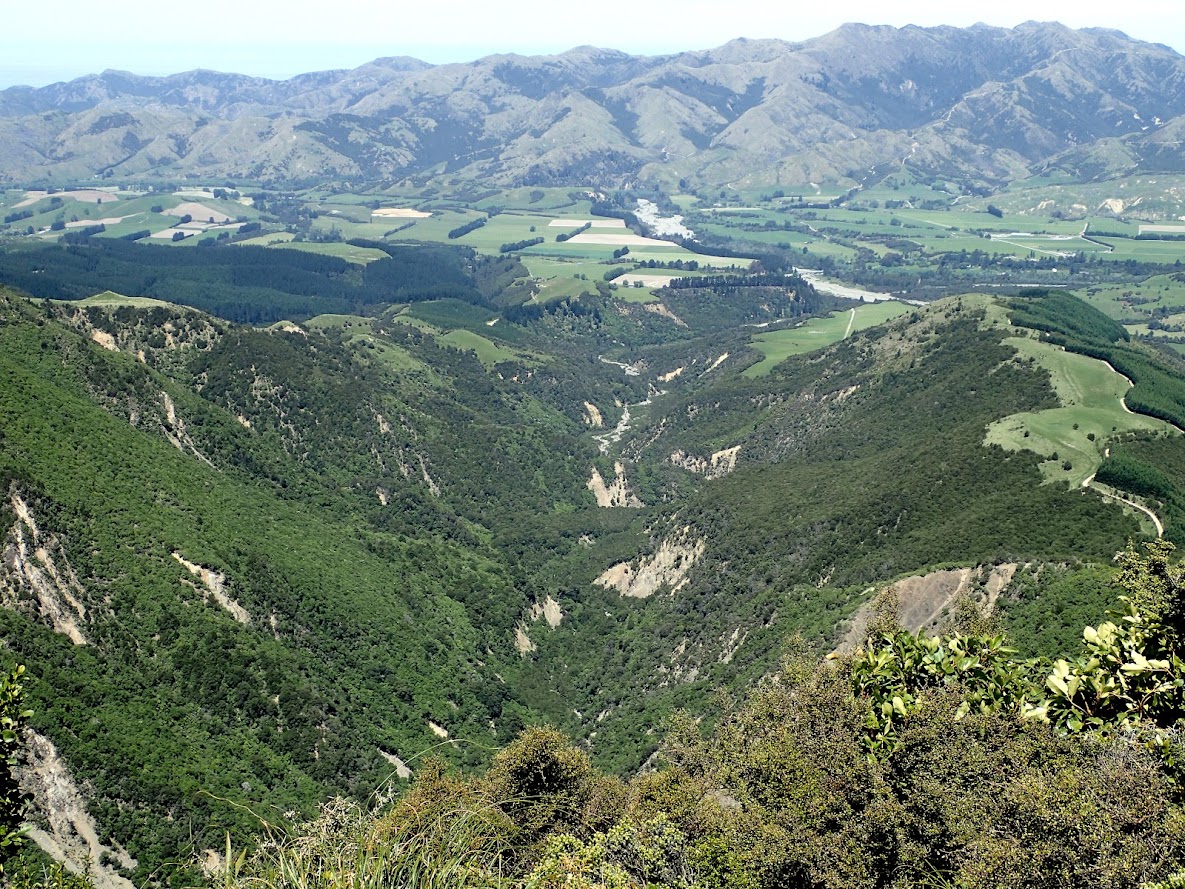 Looking back towards the Inland Kaikoura Road 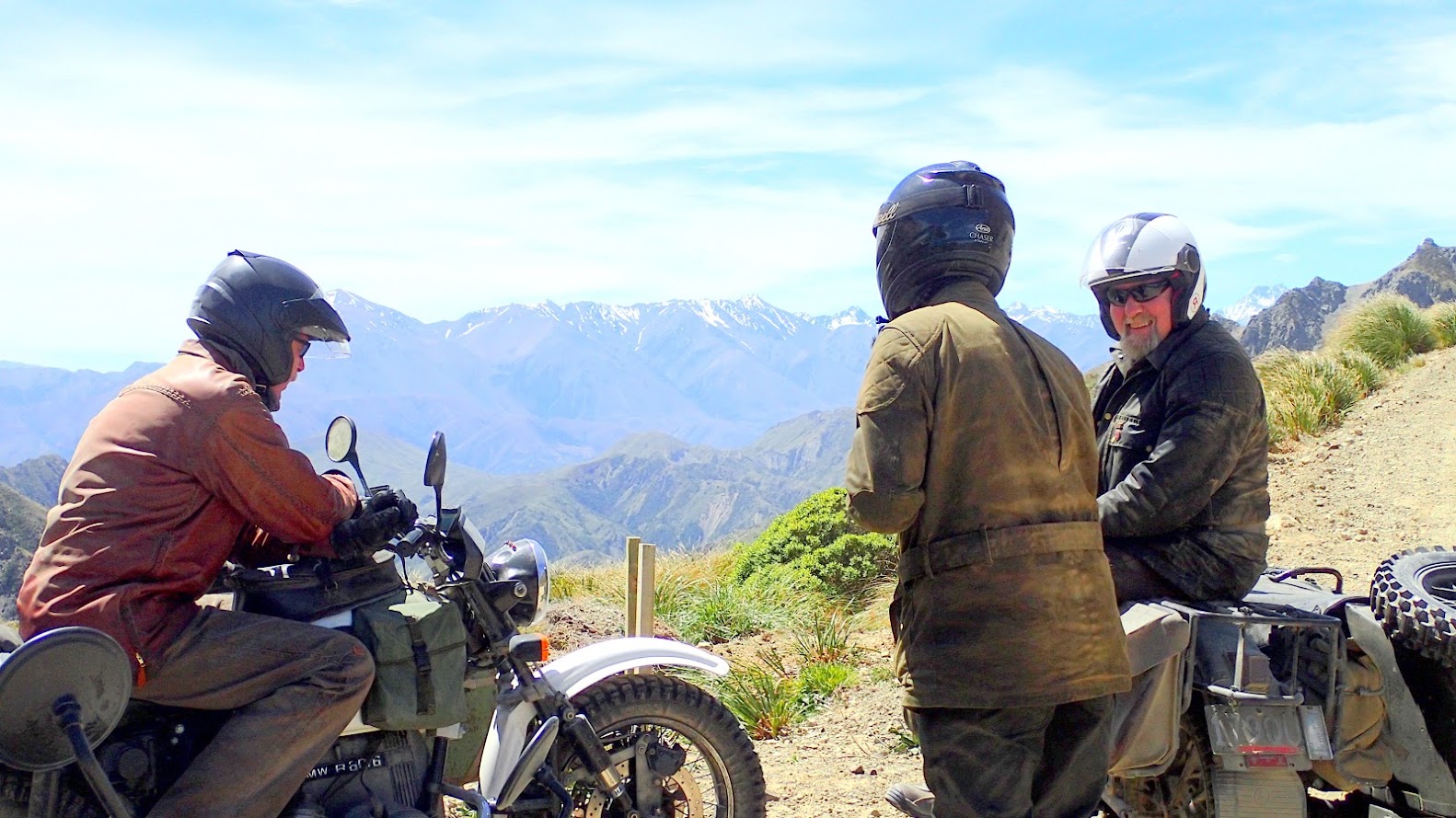 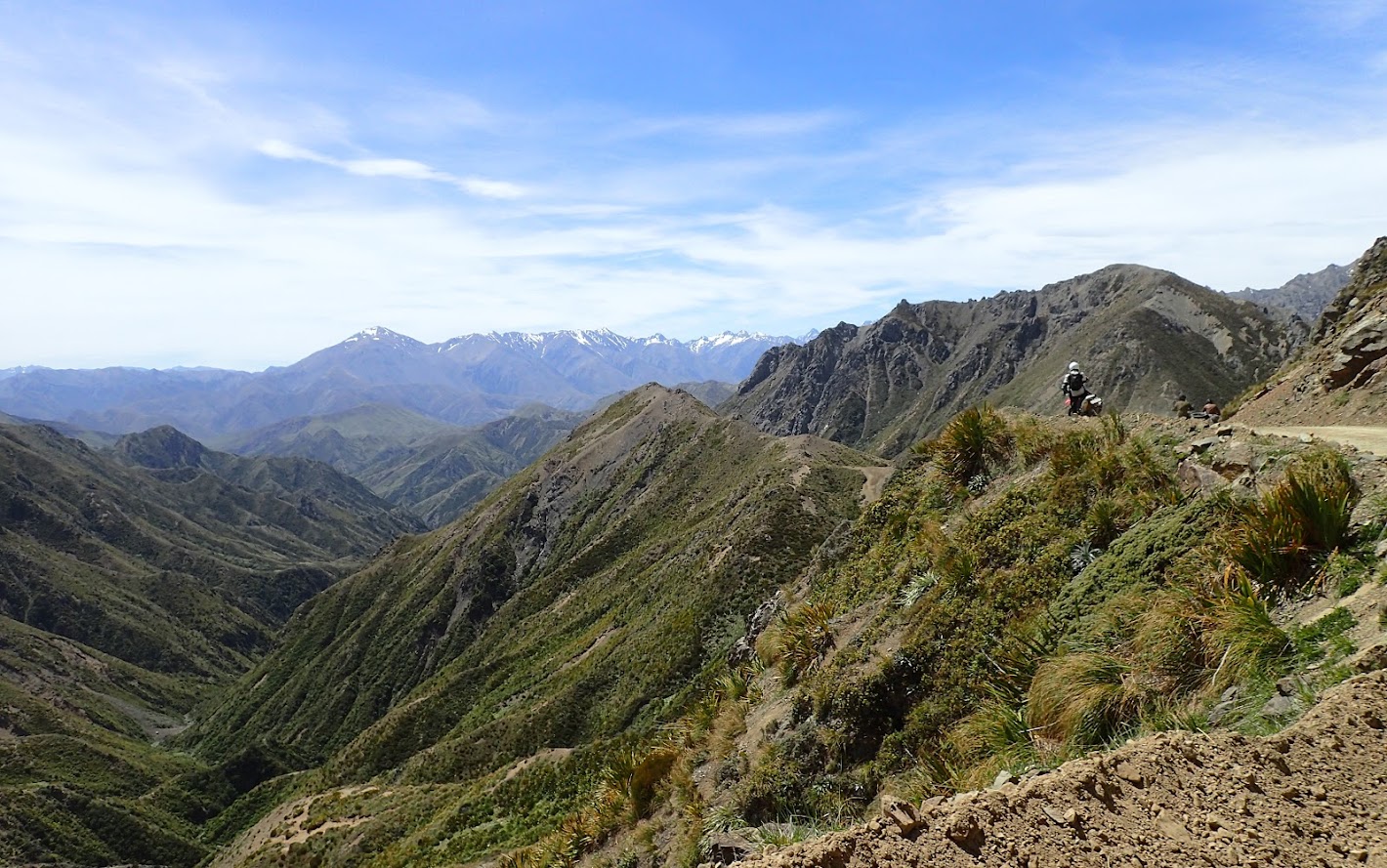 Peak elevation is Blind Saddle at 1057m. From there the ride descends via a track cut into the hillside 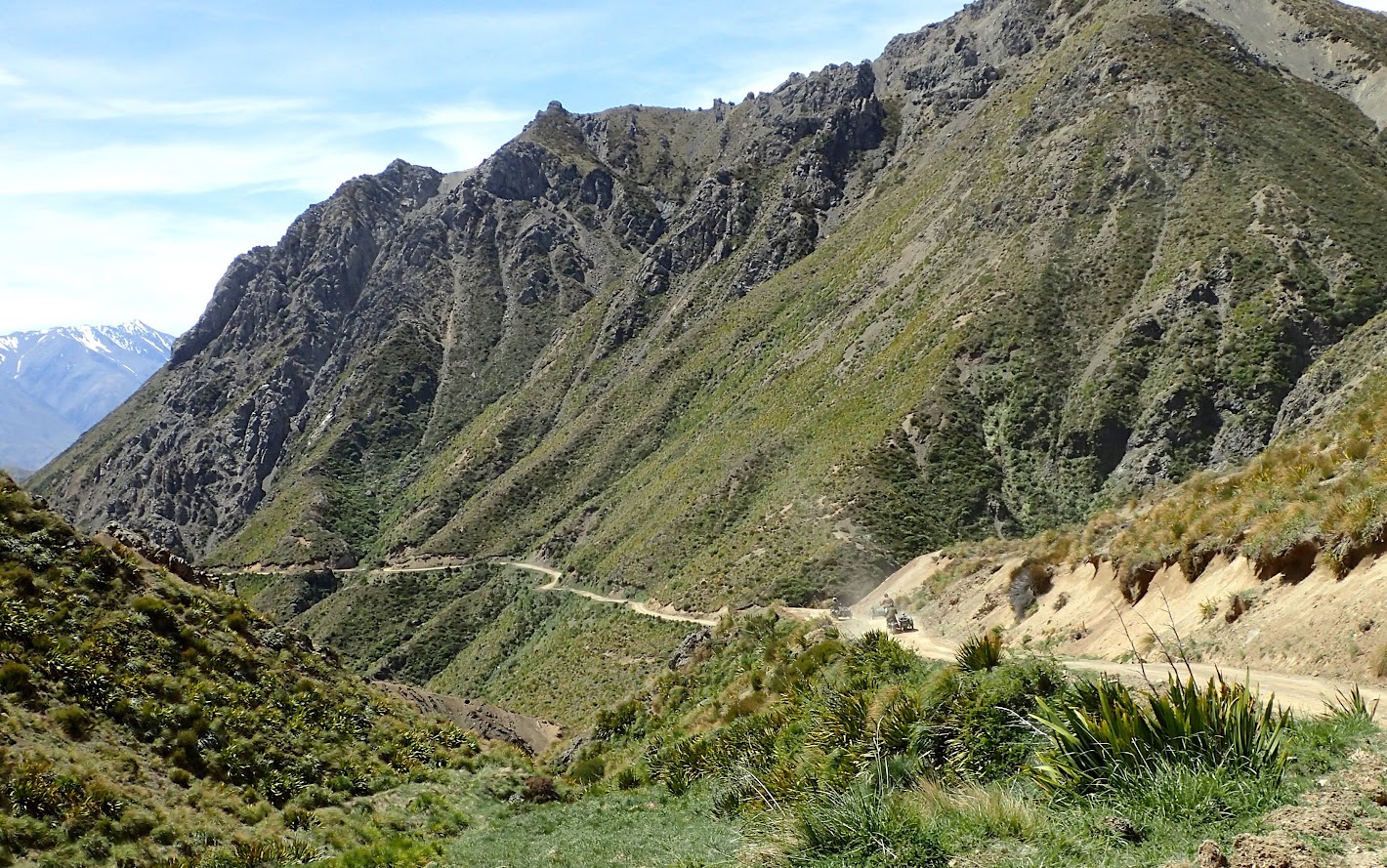 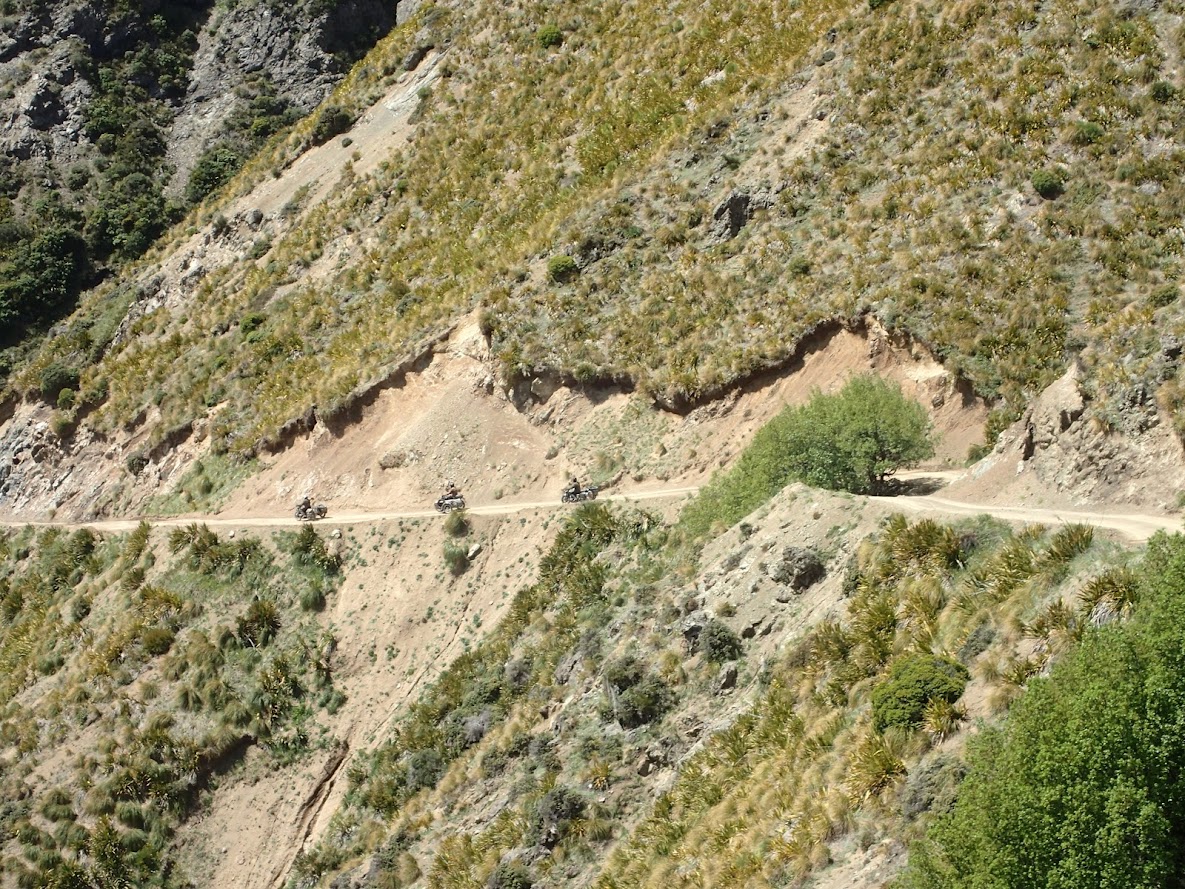 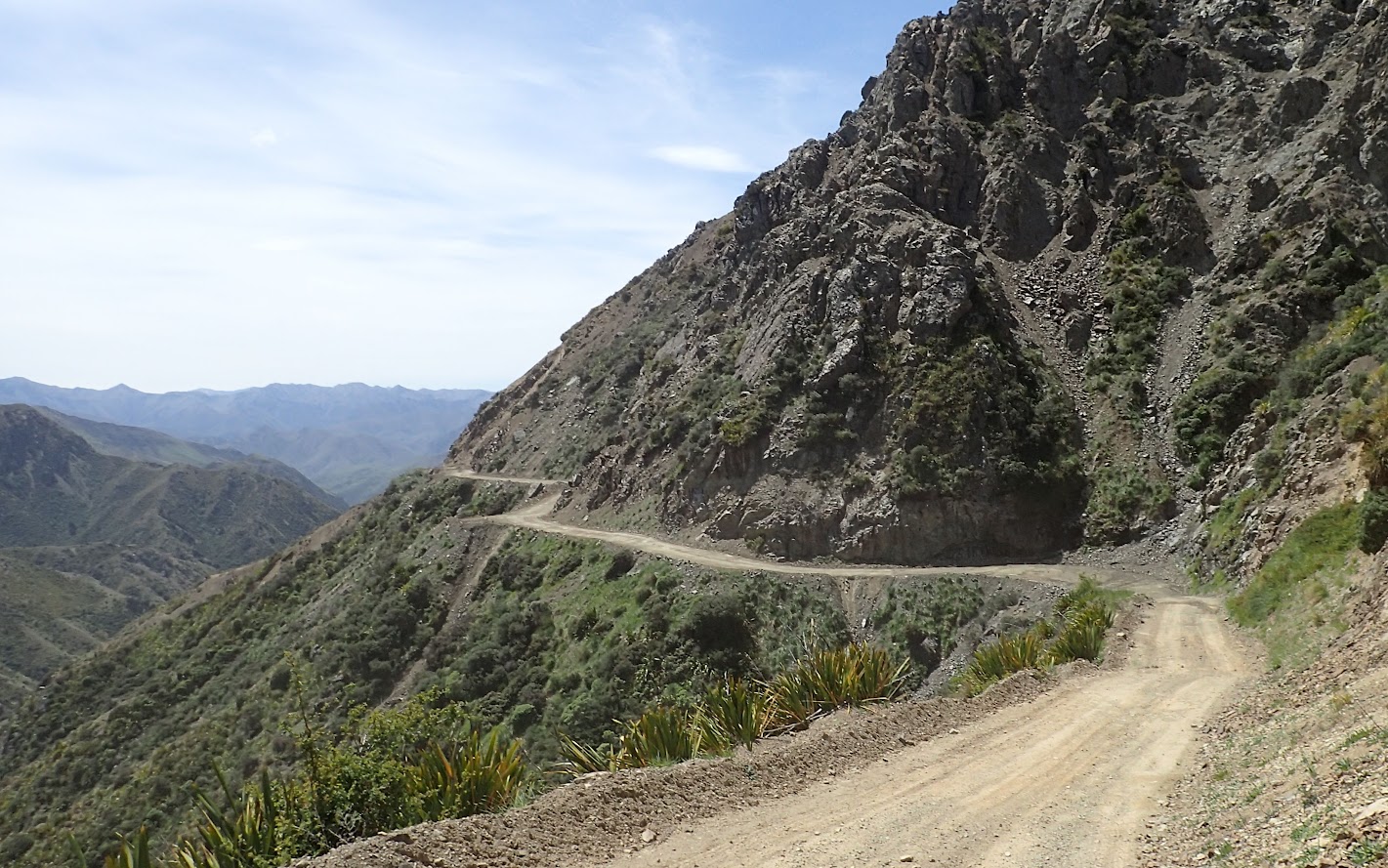 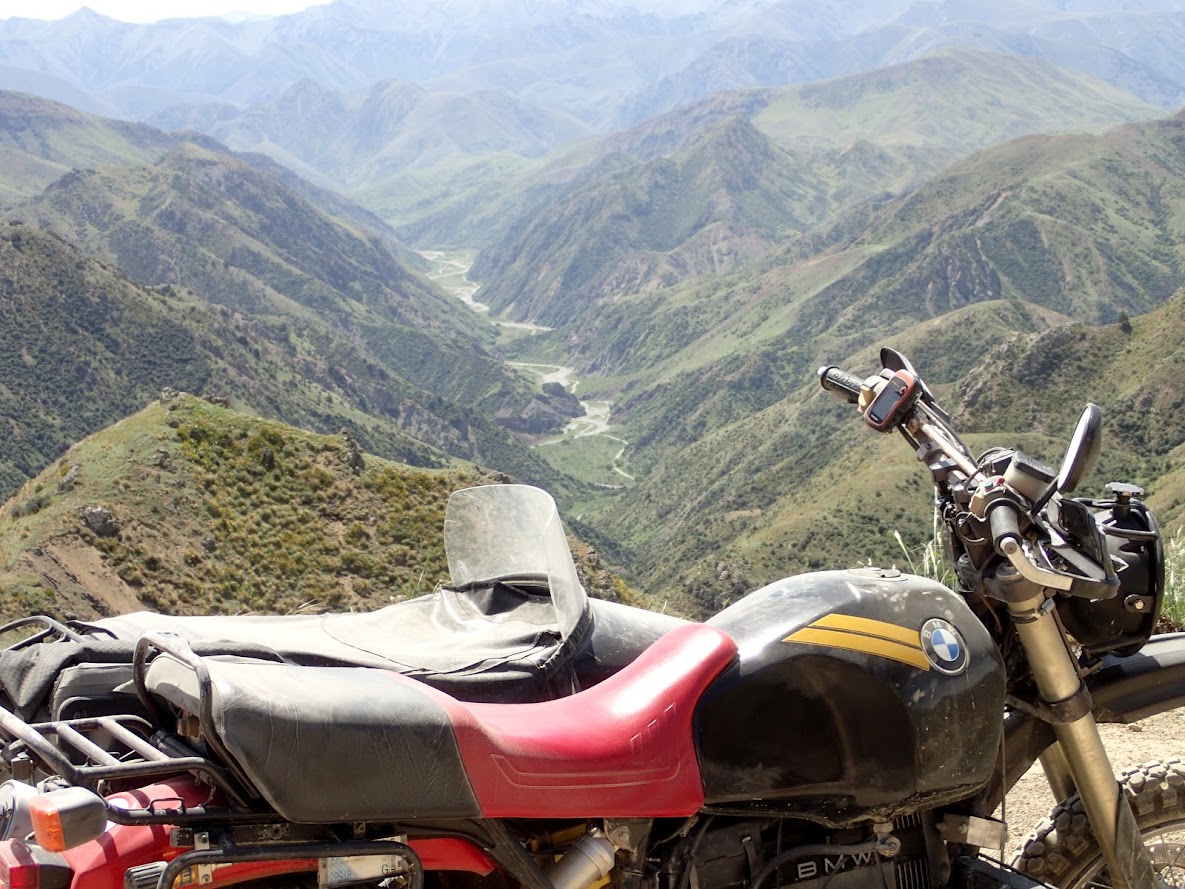 Then a series of loops. 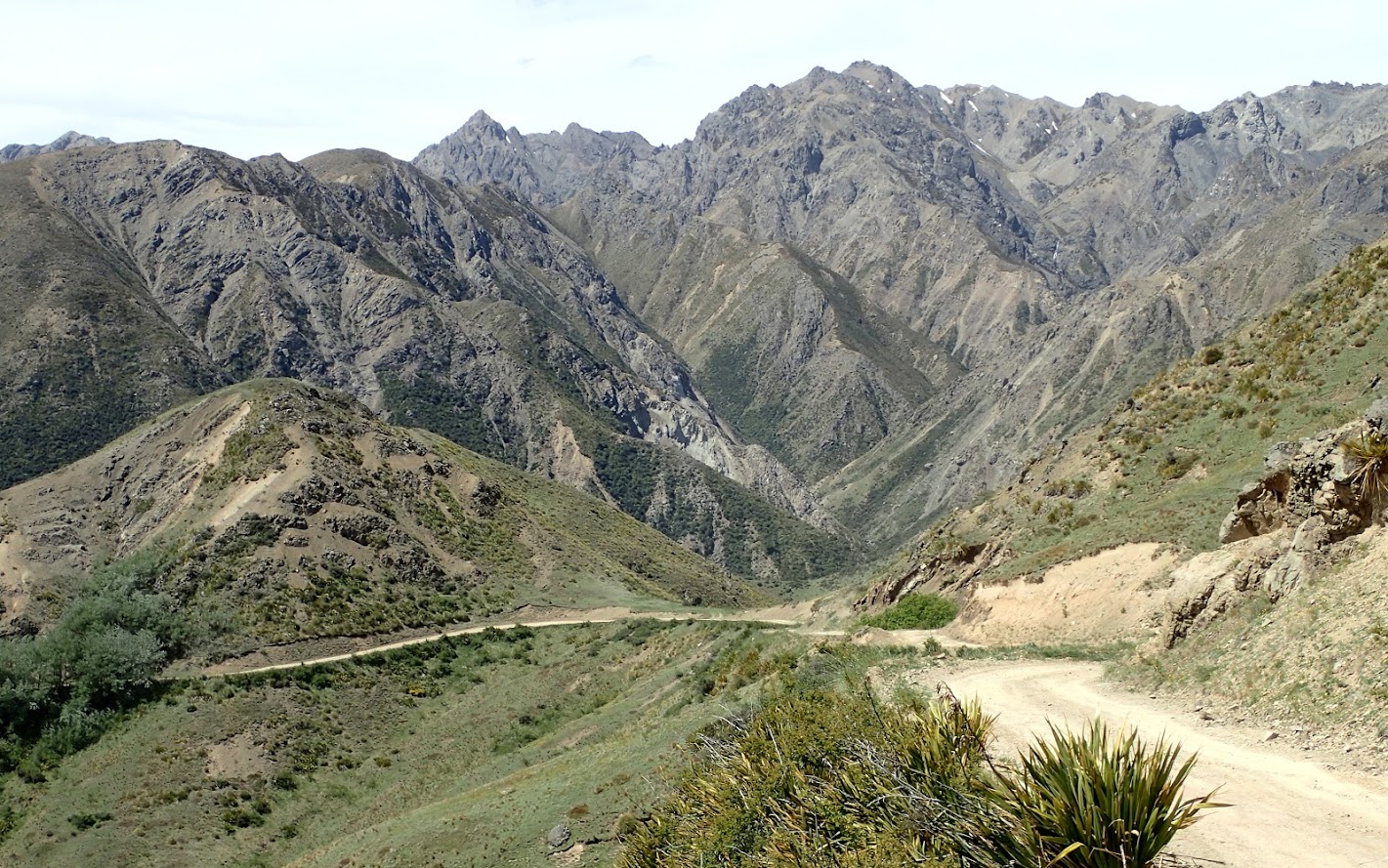 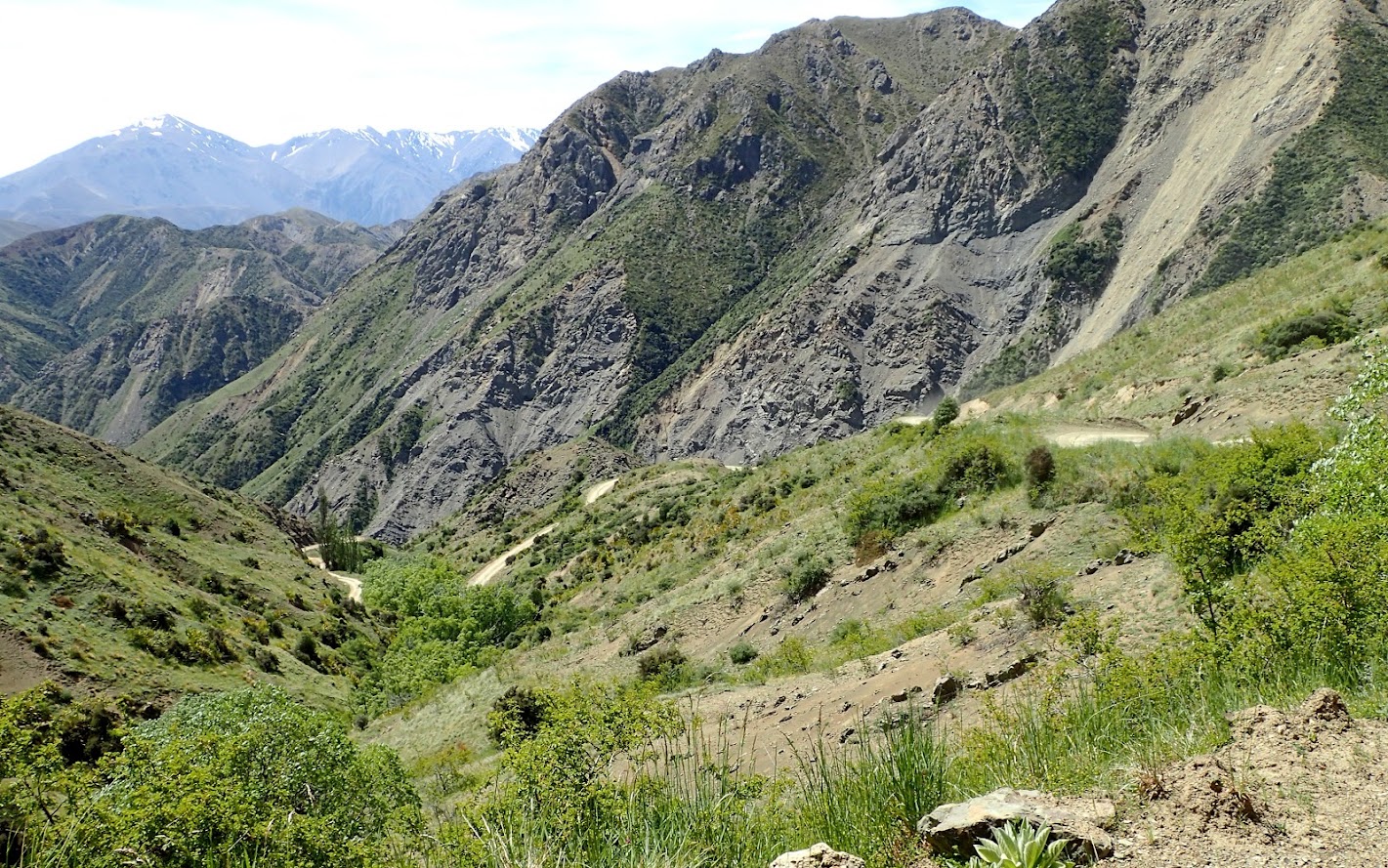 I had been Tail End Charlie again, taking photos, then riding on to part catch the group, then taking more photos. That meant I needed to press on in portions of the track. The greater speed meant that the forks were getting a real work out. Unfortunately on a couple of erosion ruts, the forks bottomed out fairly hard, & immediately after one such hit I noticed a big fork oil spill. Closer inspection showed the fork had been bottoming into the disc bolts, & this had shattered a portion of the fork leg, which resulted in the dust seal & oil seal retaining clip coming free. To push these back in required the removal of the fork guard, a fairly painful process (both in time & literally, when you are juggling a hot brake disc & an allen key that would work better if you removed the wheel). Skinned my knuckle big time then, which coated everything in blood. Yummy. Thanks Ken for staying with me while I worked that out.

The forks were still useable – I just needed to make sure I didn’t bottom out. But the brakes were covered in fork oil, & were…challenging.

Through two fords of the Herring Stream, to Wardens Hut.

Clarence has its own little micro climate, & I’ve always found it bloody hot in there. This year was no exception. I expect it is also freezing in winter.

Made Wardens about 3.00. This was built in 2007, & is a very comfortable modern hut, which we used as our base overnight. 12 berth hut. Rain water tank, typical DoC composting loo (with its own little eco system) 200 metres away.

It was pretty hot, so stayed there until about 4.00, & then suitably coffeed up, Bill, Norbert, Tony & I decided to press on towards Forbes Hutt to look over that. 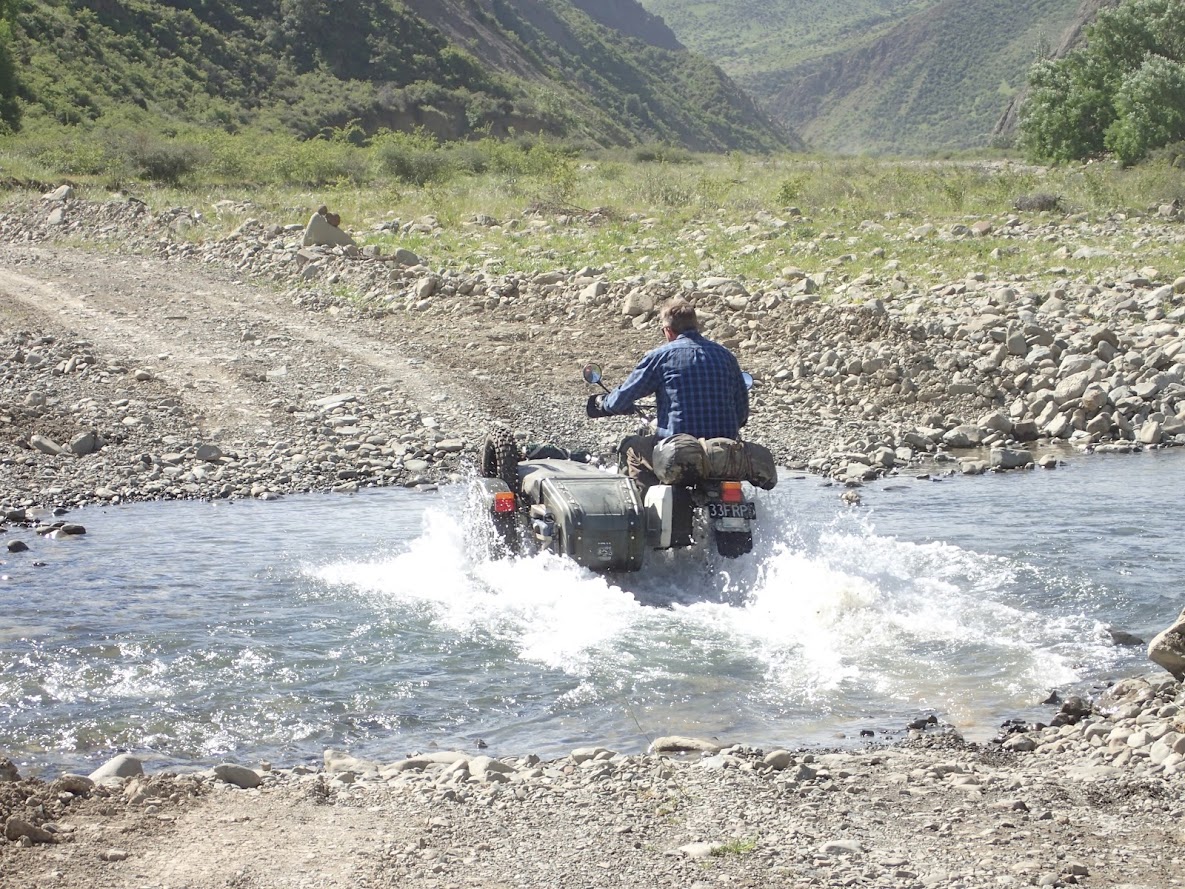 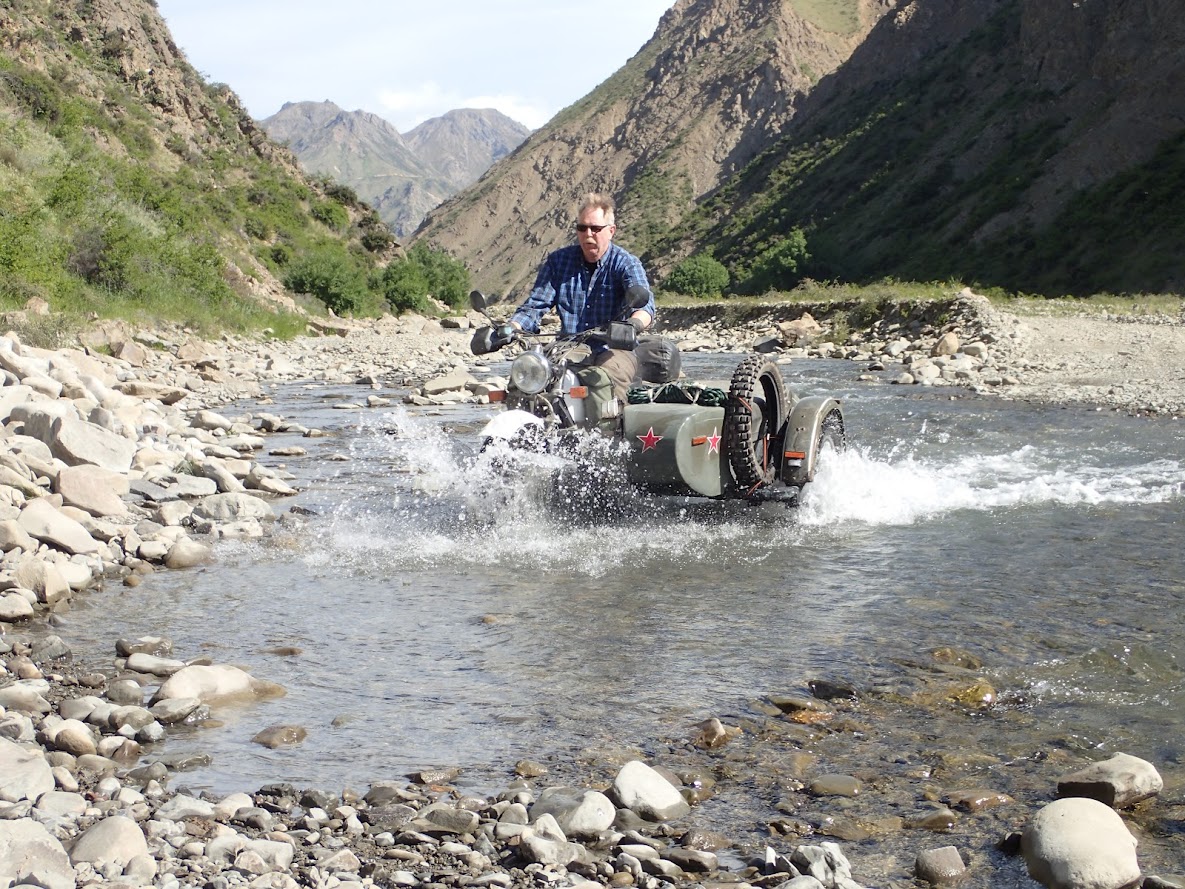 The track runs along the stream bed with about 16 stream crossing to a junction. At the junction you can chose to go to Forbes Hut over a hill, or continue to follow the stream. I believe the stream bed is the prettier route, but the others headed across the hills so I followed. This has some clay component, & I bottomed out again on an erosion rut, which required rebuilding the fork leg again. Fortunately Norbert came up with a great ratcheting tool which made this a relatively quick affair. 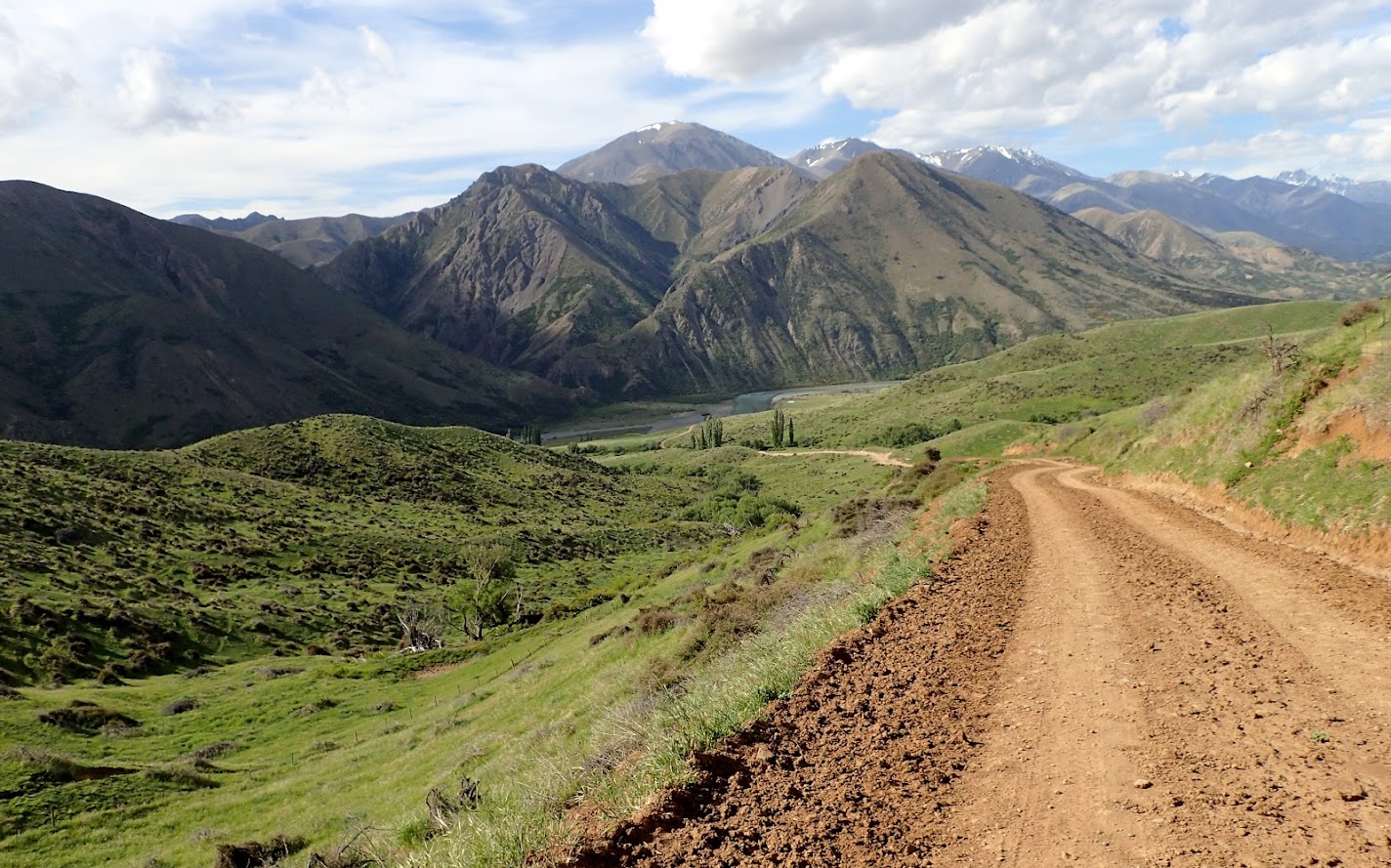 Met Tony & Bill coming back up from Forbes Hut. It was full – looked like a family was in it. Bill wasn’t keen to go down to stream – he was concerned the Triumph would take a while to de-water.

A large part of why I was so keen on the Clarence is that the confluence of the Clarence & Herring Stream was so damned photogenic when I was in a few years ago, so I was keen to ride down to the stream. Managed to convince Tony & Norbert that it was the right thing to do, so off we toddled. Another 5 stream crossings on that route. 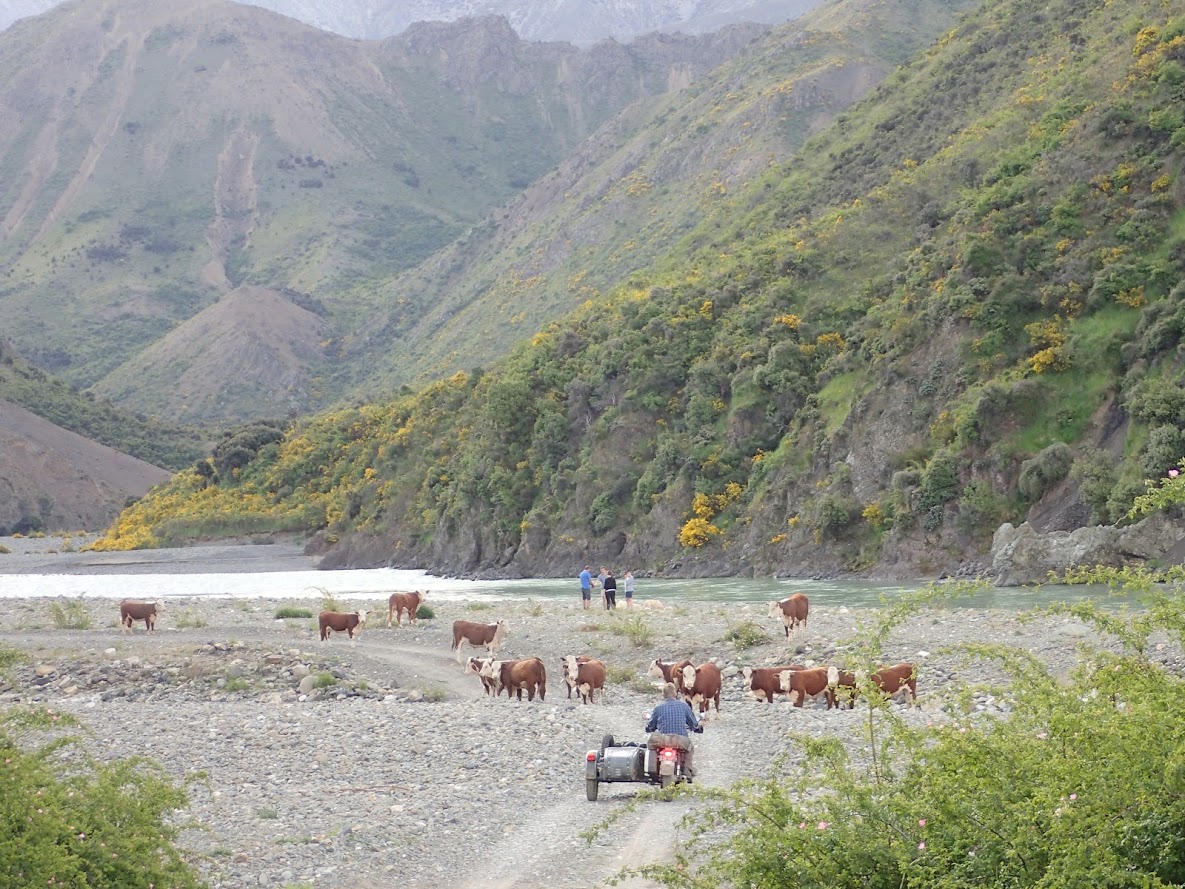 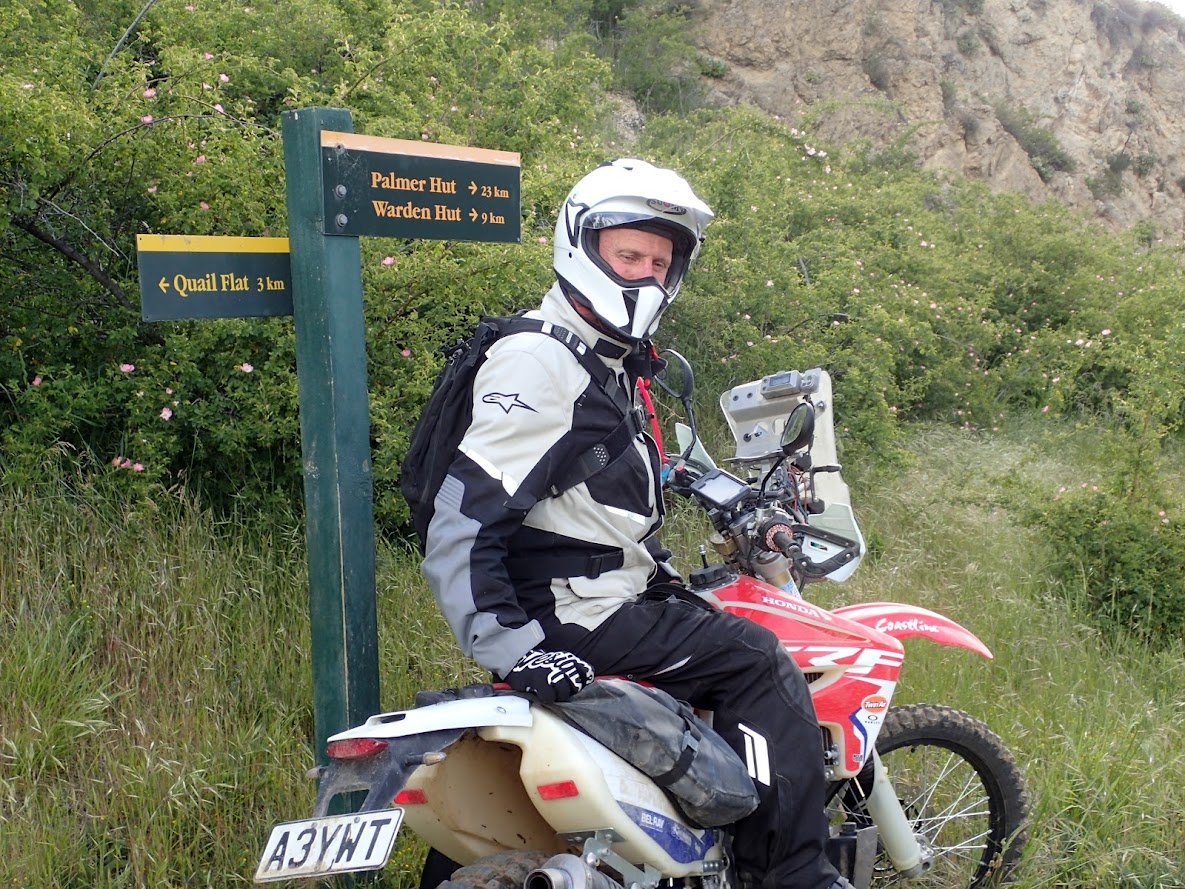 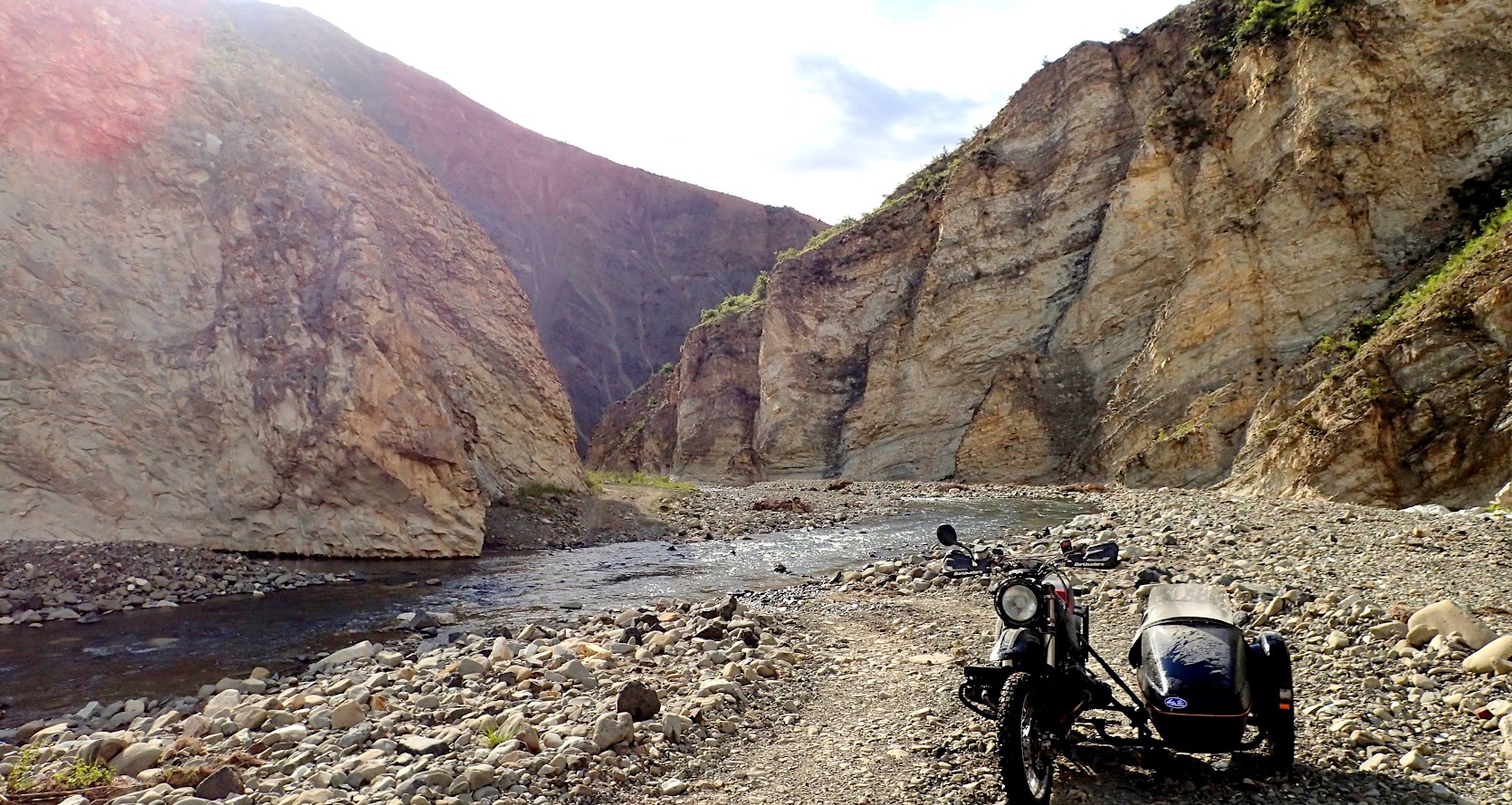 Unfortunately not quite the right time for this photo 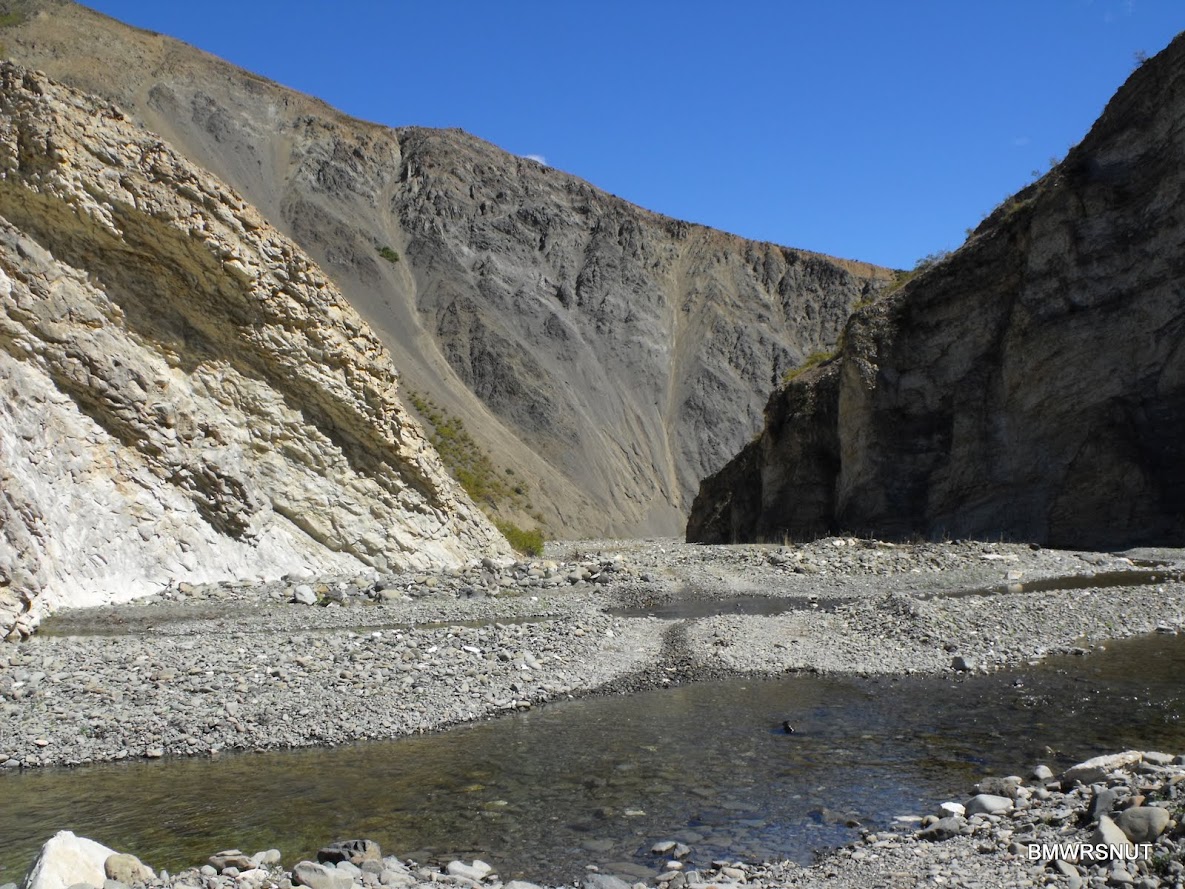 Similar spot, different time of the day, from 2011 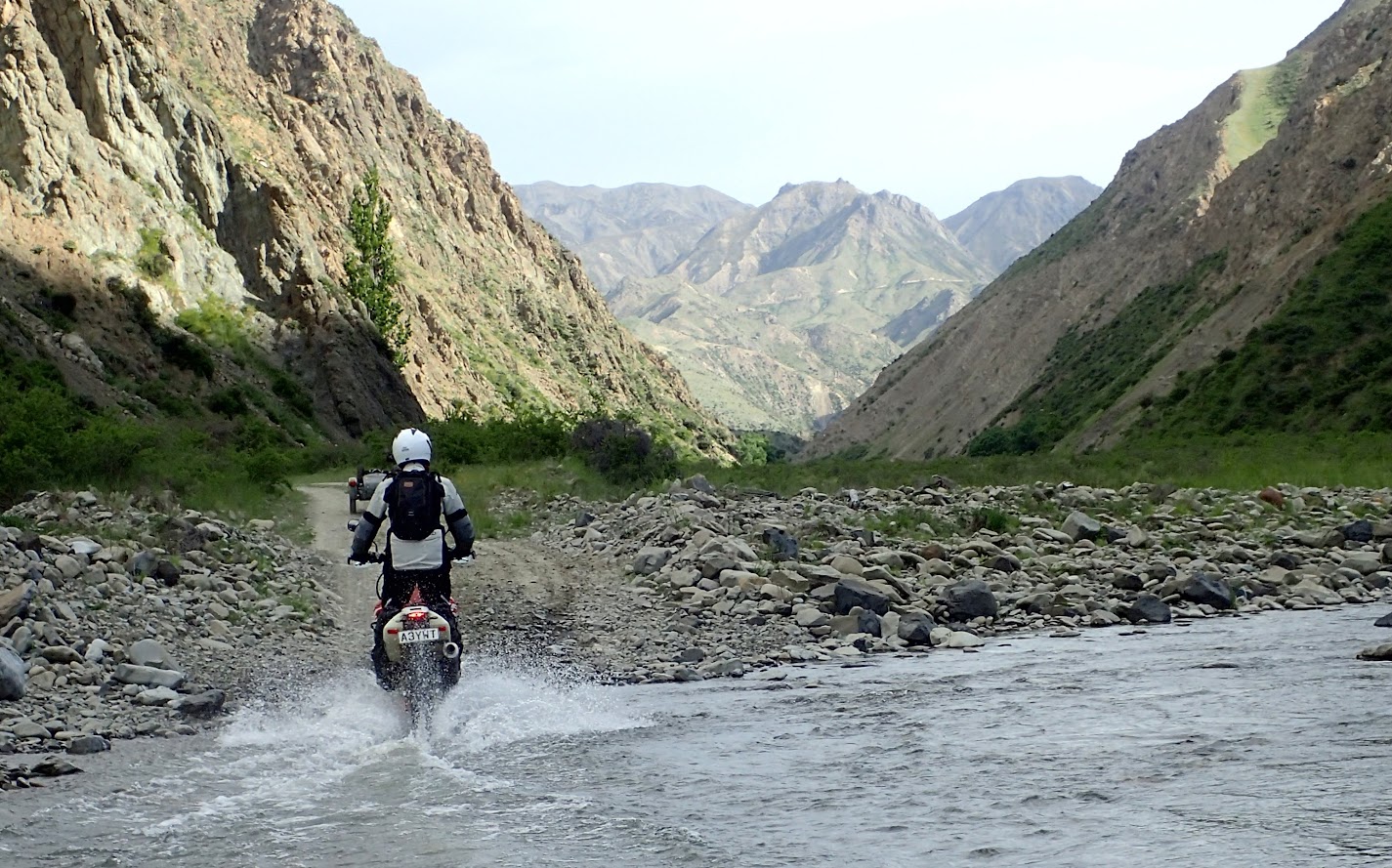 Just as dusk was approaching a stock truck arrived from Muzzle Station, driven by one of the farm workers. He had 3 bulls in the back. So we chatted to him for a while about his role, the track & life. Interesting chappy. Lived here all of his life, used to walk in when he was a kid (4 hrs he reckoned it took him). He’d just bulldozed the track. He also talked about the Kaikoura Earthquake, what it felt like, & what it took to reopen the track in. Part of the track was lost. Took a contractor 2 weeks just working on one portion of it to get it open.

It lowered our feelings about to being a little hardcore bringing in sidecars, given he was going to do that track, in a truck, in the dark. 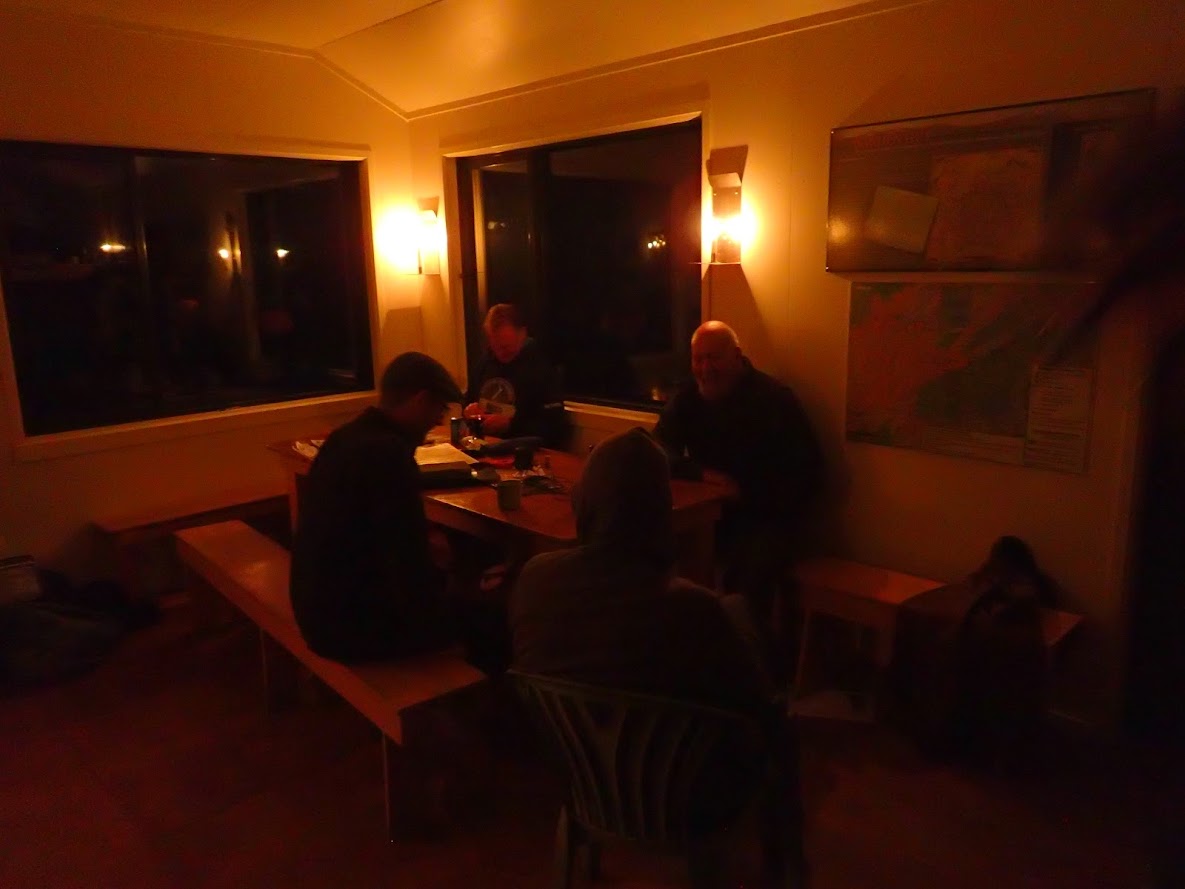 After he left settled in with a nice bit of rum & chippies for the night, later by candlelight.