Headed over Lewis Pass with an intention to stay at the River Inn at Takaha.

The Lewis is good riding & very scenic. But the weather had definitely changed & the 26 degree days earlier in the week were now 16 degrees at Hanmer, & 10-11 degrees over the Lewis. Given I was still dressed for the hotter days, I froze. Scenery becomes less attractive when you are cold.

Stopped at Springs Junction for a pie & coffee to warm up. Took the opportunity to slip in my jacket liner to improve comfort.

The GPS died right as we were about to set off. Given I’d changed the batteries at Hanmer I was perplexed as to why that might be. My only explanation is that I may have hiffed the new batteries & kept the old ones.

Had a bit of serious sliding action going thru Westbank Road. The brakes were largely back after 2 days of hard riding. I think I’ve basically burned off a lot of the fork oil contamination

Up & over Maruia Saddle. Very pretty & tranquil in there. But not somewhere to be going fast & then met a 4WD. Which we did meet. Four of them, fortunately all parked as I came across them. 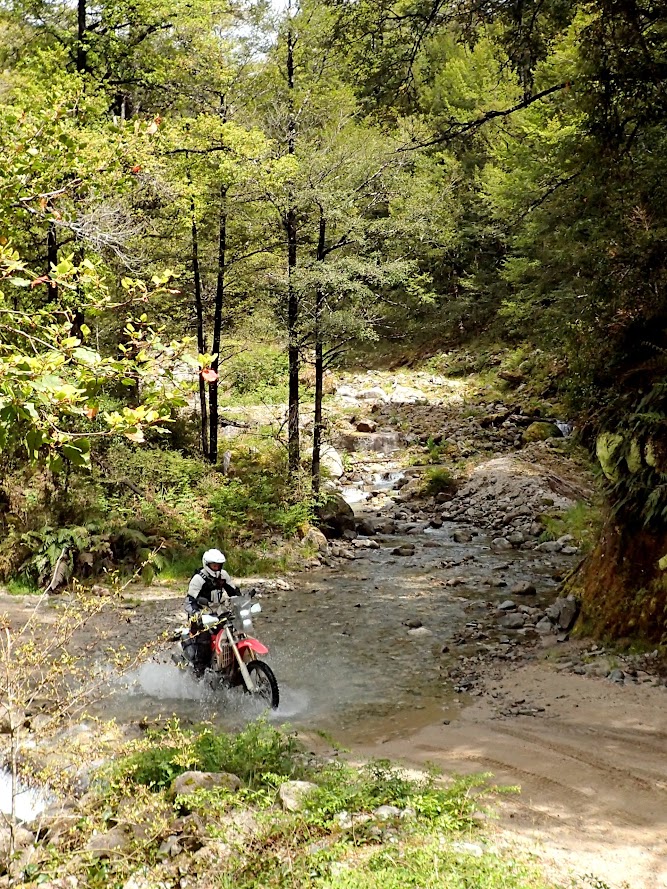 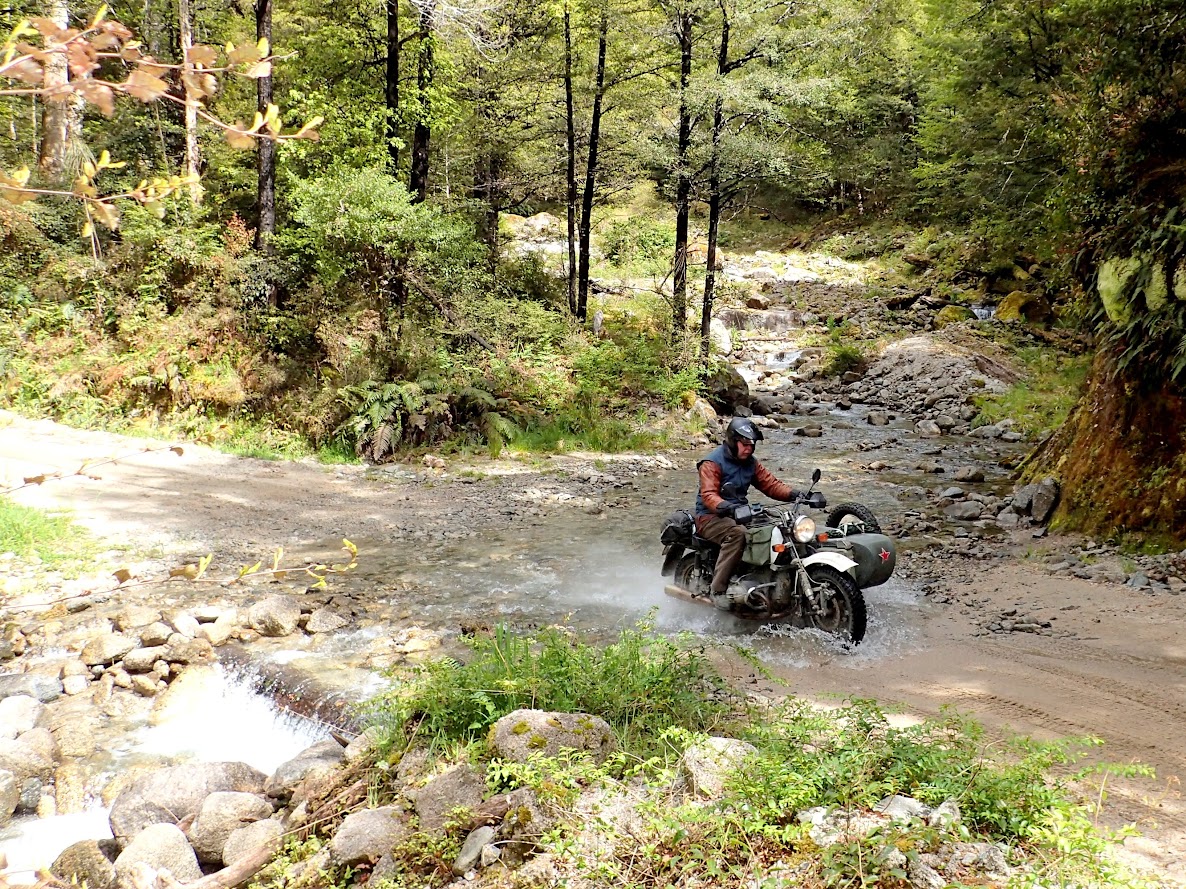 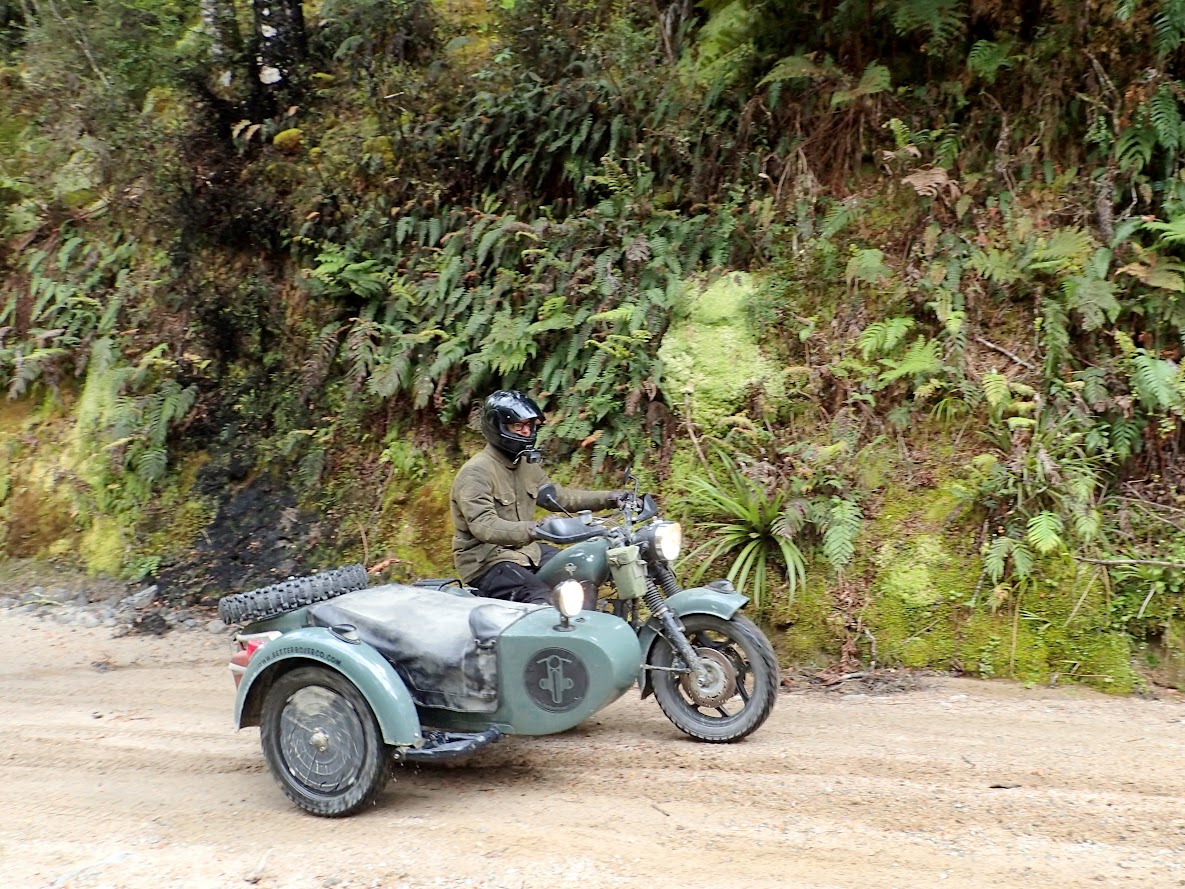 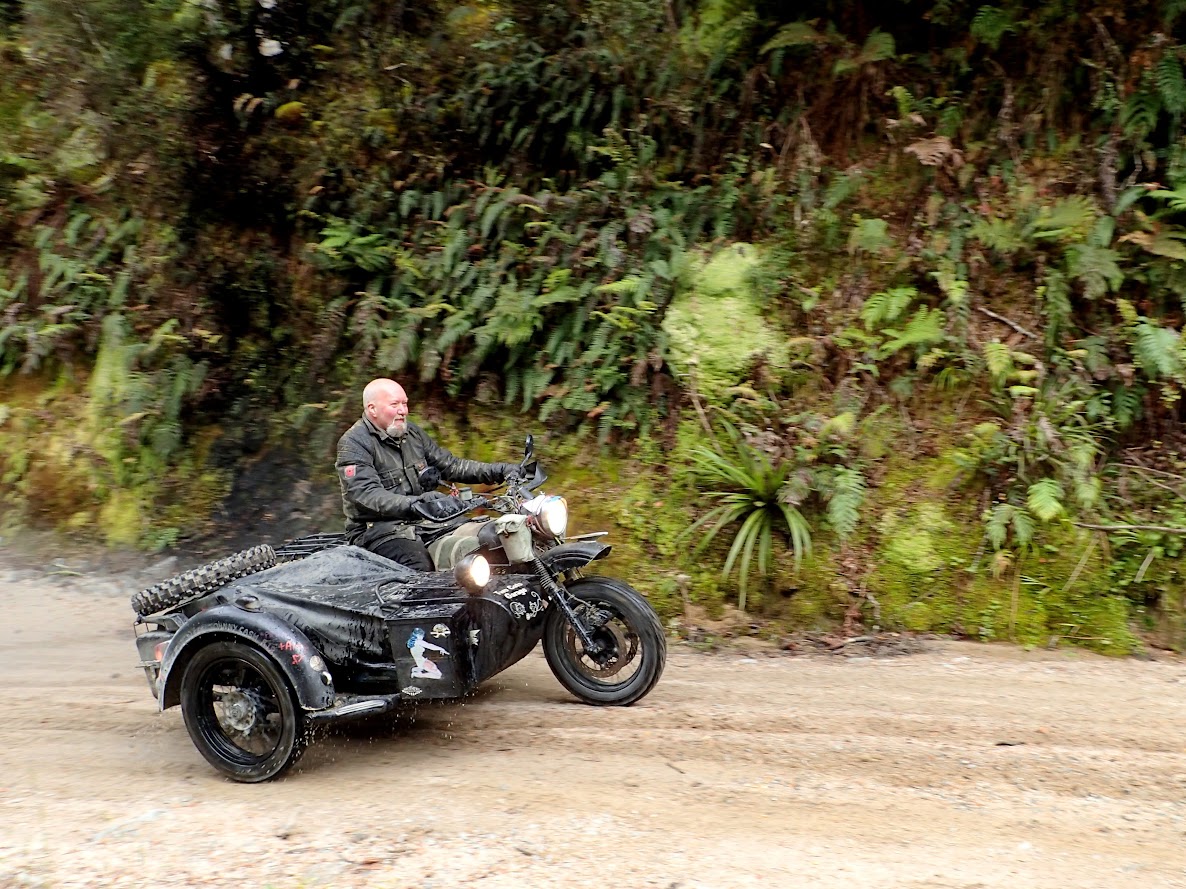 Down to Murchison for a gas-top up, then pressing on down SH6, turning off to do the Tadmore Glenhope Rd. Interesting to note ‘no long vehicles’ signage – last time I was through there they were logging, which really encouraged you to keep left.

Tui Rd, which leads into Sherry River Rd. In the forestry section I hit a couple of erosion ruts hard. The first popped the dust seal out & I thought I’d gotten away with it. But actually behind the fork guard it’d bent the retaining spring clip, & the next one knocked that completely out. The only way to repair that was to clip the twisted portion off. And there went my hopes of continuing. The spring clip holds in the oil seal & fork bushes. If those started to move I was in trouble. So at the next stop I advised the others I was going to call it a day & head for the ferry.

So off through Nelson (blowing like a bar steward there), over the Whangamoas at speed (well relative sidecar speed – no one passed me), Queen Charlotte Drive (not too much traffic surprisingly) & back to Picton at 5.00. Booked on the interislander (as they don’t differentiate between sidecars & normal bikes). A pint & chips at the Seamus Inn, then onto the Kaiarahi for the 7.30pm sailing.

Met Kerry P on his way back to Wellington on his R9T scrambler. Thought I recognised him. I’d bought touratech pannier for my 640a years ago, & it turns out we had a few mutual friends. Had a very convivial cruise back to Wellington with him. Docked at 11.00pm, home shortly after.

Postscript:
I’m not sure that the fork legs are supposed to look this are they? 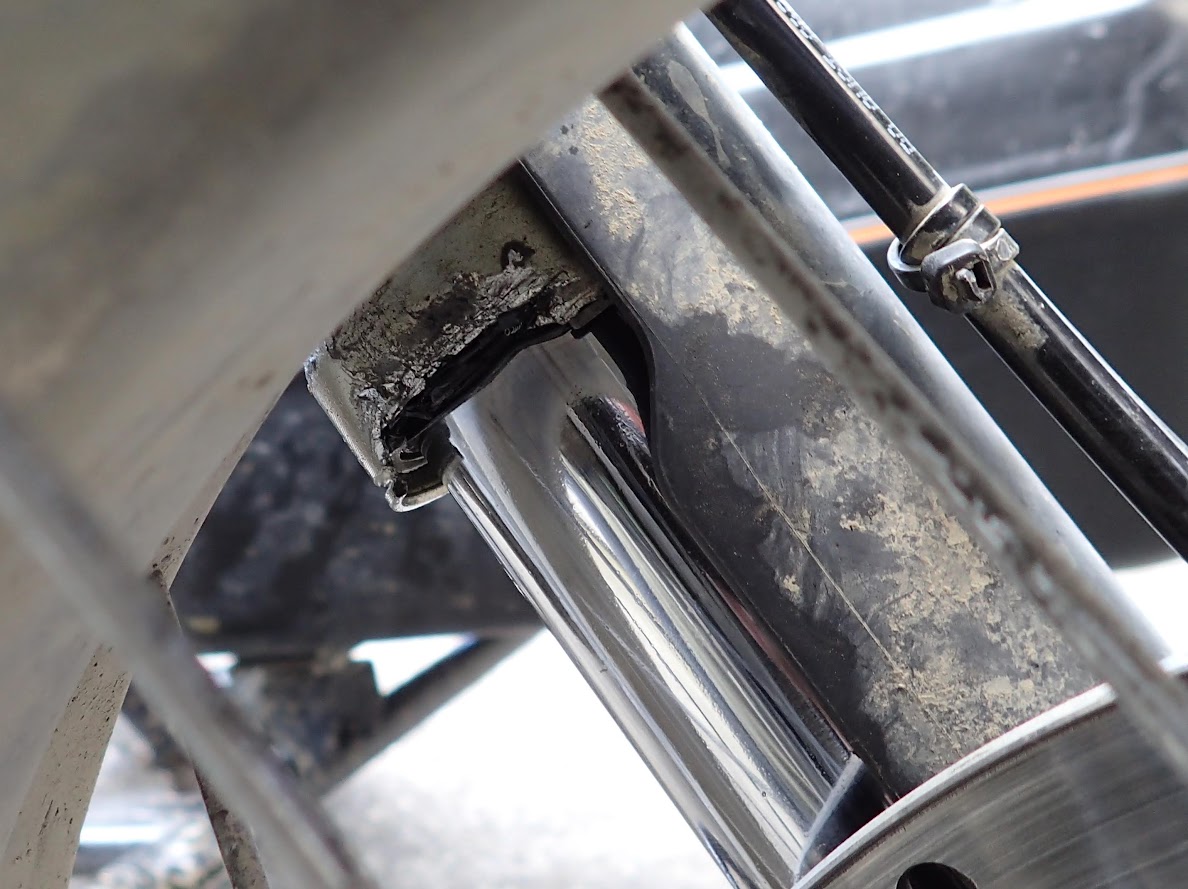