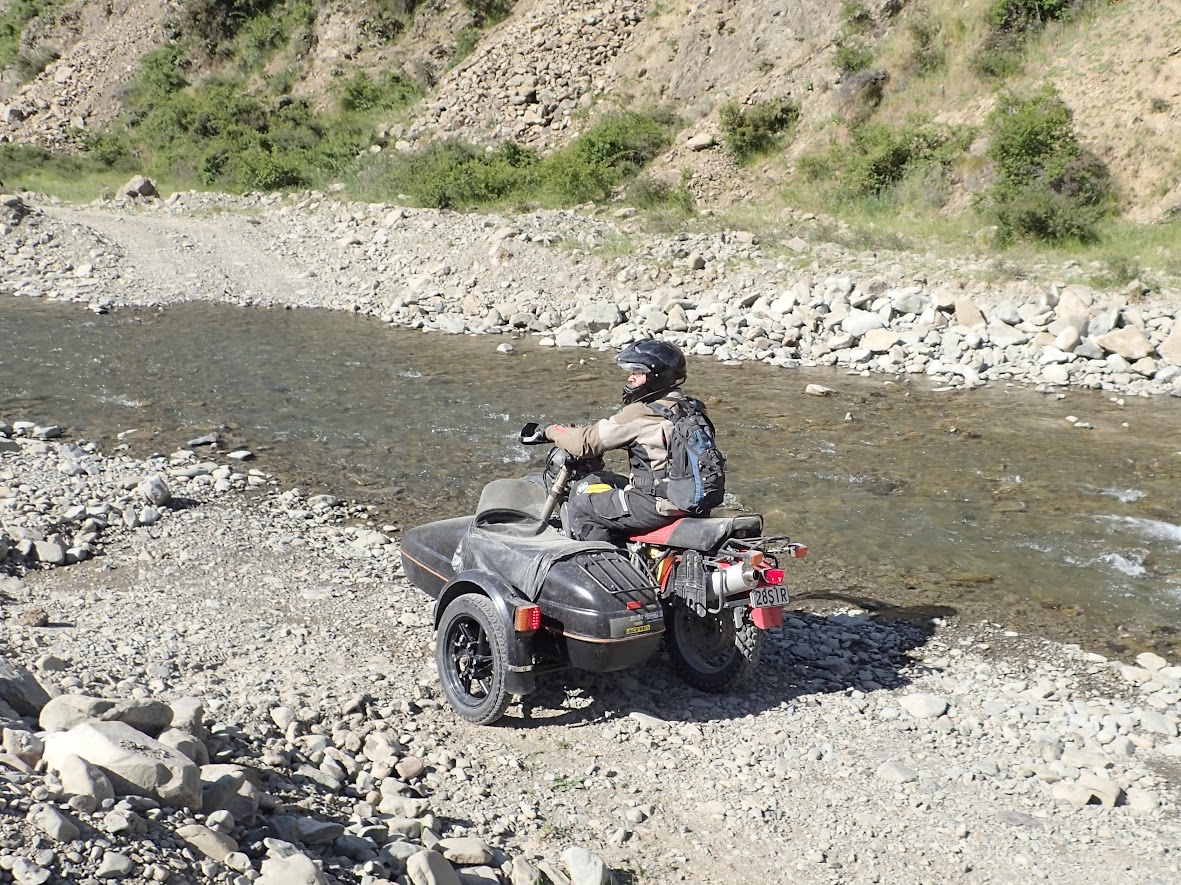 The Clarence River Reserve, from Slidecars in the Top of the South

Oil changes:
Changed the:
– final drive oil, which was filthy. 200 mls retrieved – 260 ml capacity.
– gearbox oil – the magnetic drain plug had some metallic paste on it, which is in line with my expectations for a rebuilt gearbox & new first gear.
– engine oils. Didn’t do a filter change. Engine oil was fine (but dirty as expected). Given the engine oil did the long idle at Mackays crossing, I probably should have done the filter as well (but didn’t).

Jetting
Been annoyed by the gas consumption, & a stumble just off idle, exacerbated in the hot weather. Tried re-jetting. Noted a while ago that the spark plugs showed lean. Richened up with needle jets & then raising the needle. But that didn’t help (though it showed richer in the plug chops).

Coming up Ngauranga Gorge, I noted that the Gus sped up if I slightly closed the throttle from WFO, so upped the main jet from 150 to 160. Suddenly all the plug chops were way rich (sooty). Thinking about this, I’ve just been using one fuel tap on, & the plug chops are usually after coming up the gorge, so I think the tap has caused a partial fuel starvation, hence the lean plugs. When I put in the 1.60 main jet I used both fuel taps.

After a magical mystery trip thru’ needle & main jets, I’m now effectively back to stock jetting: 1.25 turn out on idle mixture, 2.66 needle jet, third clip from the bottom on the needle, 150 main jet.

Fuel taps:
Put some of the blame for running out of gas on disintegrating fuel taps straws, so have replaced those with brass ones. However the replaced straws weren’t quite as bad as i’d thought, so quite why we ran out of fuel so early remains a puzzler.

Thoughts on the rear tyre:
The Kenda K71 rear is just about dead. Too soft to act as a sidecar tug tyre, both in the sidewall (flex), & also in compound. Probably ideal in the Clarence however. Next up is a choice between using up the Shinko 805, or a Shinko 705, or Conti Escape, or a V Rubber V163… all ‘price is right’ tyres.

Pulled the ICU off & gave it a good clean. The grime was so thick under the dust, it looked like the alloy heat sink had been rattle canned black. Renewed the heat sink paste between the ICU & heatsink. 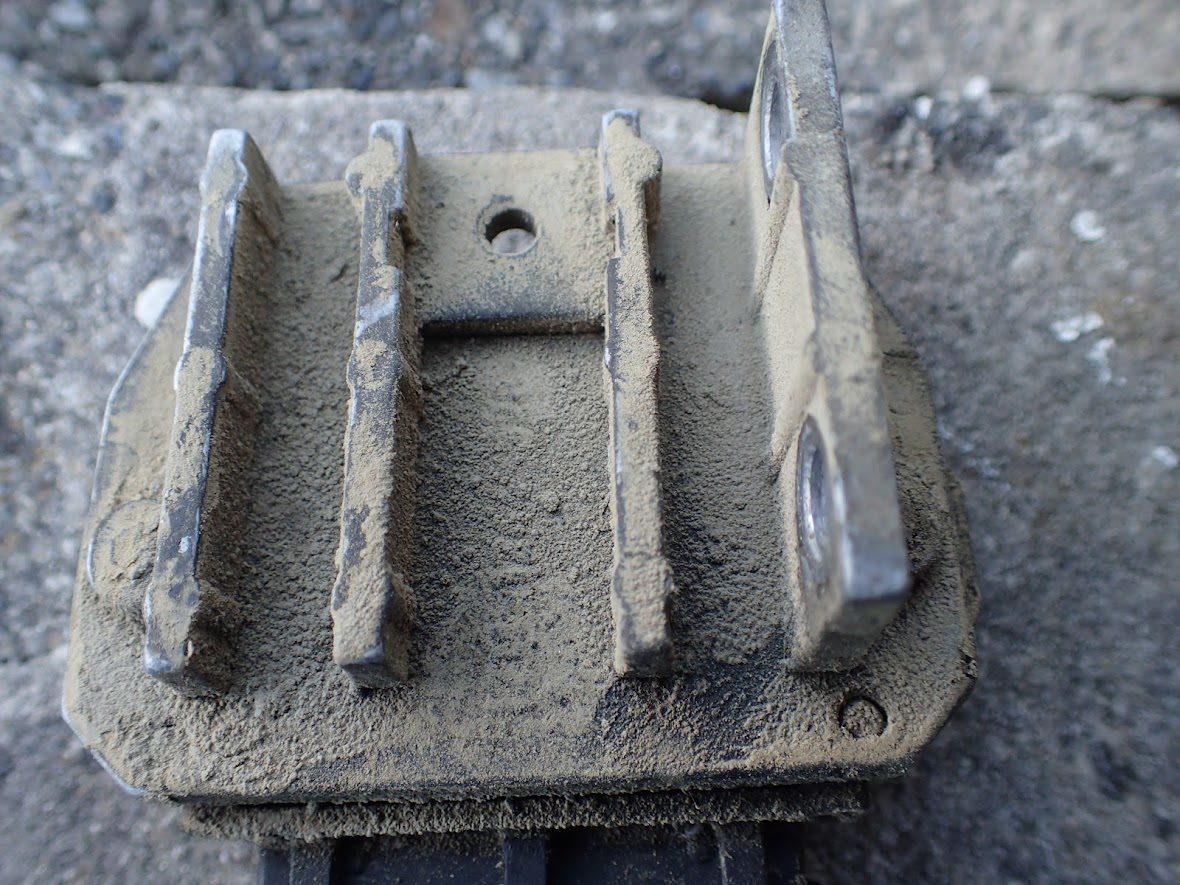 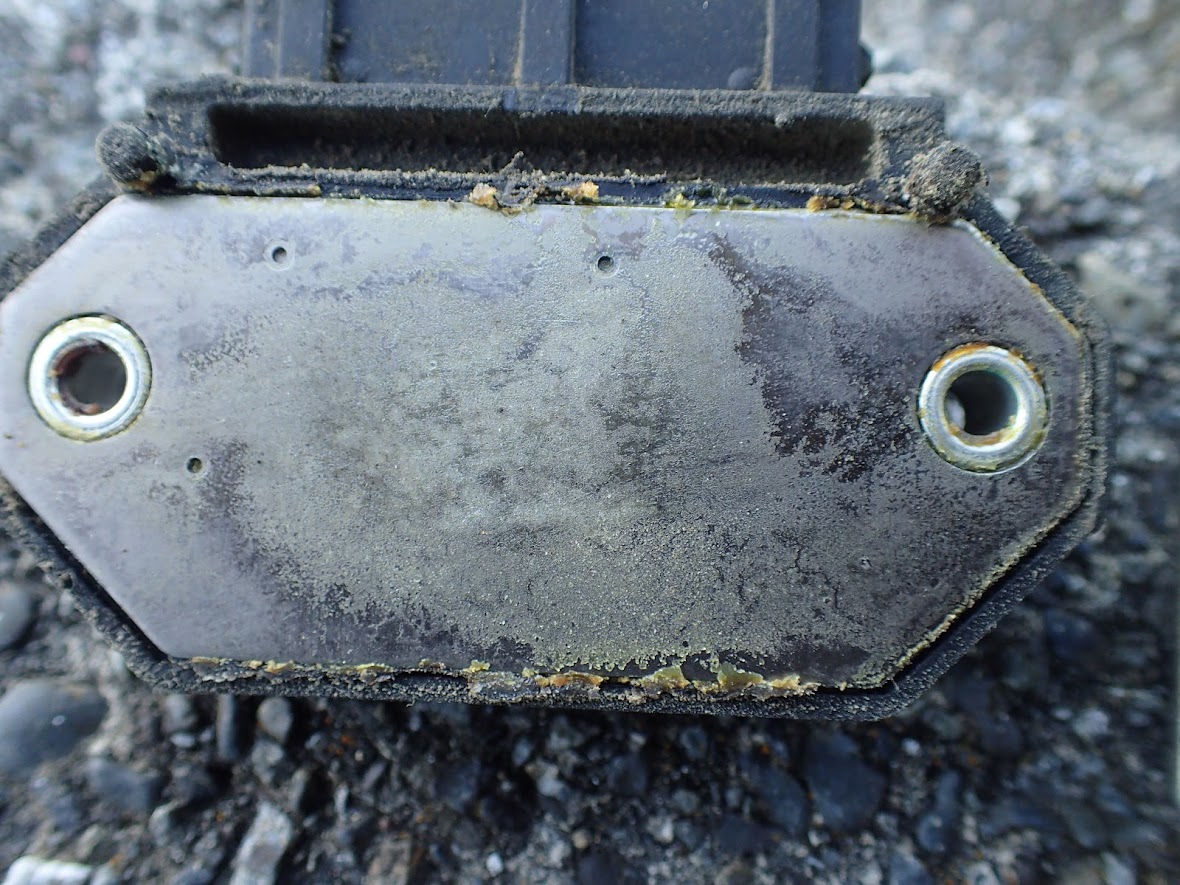 The combo of jetting changes back to stock & resetting timing has improved fuel consumption from 10 to 12 to 12.5km/litre. Still not as good as I achieved on the R80 (14kms /litre), but getting there.

Rear Tyre:
Changed the Kenda out. Well & truly got my moneys worth from that (it was free). 10mm centre tread before the Slidecars went down south. Now zero tread in the centre. 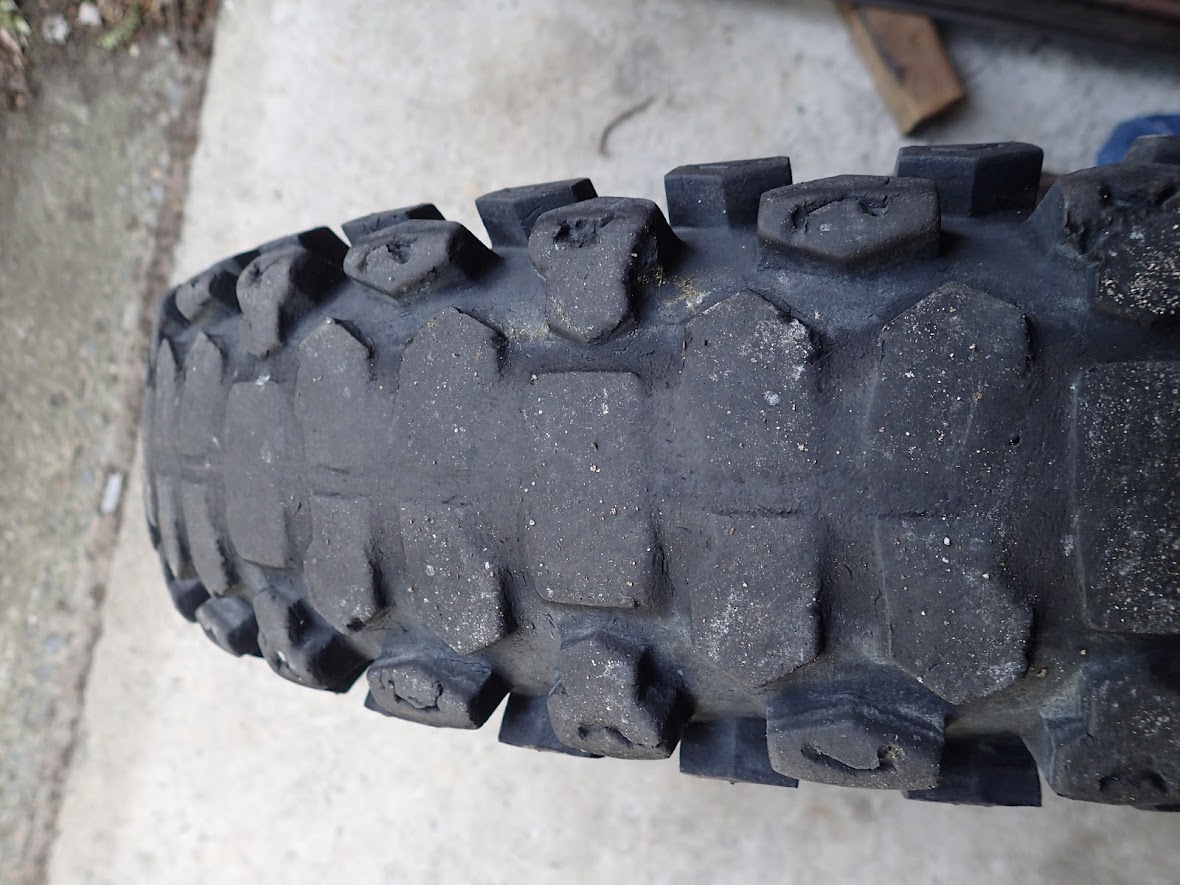 I was told the Kenda was quite a hard tyre. I didn’t find that. The sidewalls were very flexible. The tyre made a satisfying screech if you locked up the rear (purely by accident of course). Hard to do on a paralever solo, not so hard on a paralever sidecar. One of the few tyres I felt confident I could do a rolling burn out on (but didn’t).

I’ve now upgraded to a Conti Escape. That was originally fitted to EddieB’s R100GSPD. Should be good & hard by now. Must be a decade since he first got that bike (and changed out that tyre). 5 mm tread depth in the centre. Another preloved tyre, that has seen some life… And the price was right

COMPARING THE R100GS AGAINST THE R80 MONO. GROUND CLEARANCE & OTHER FACTORS:

@eddieb, I haven’t measured ground clearance yet. I still have too much sag in the front & back – but I’m getting used to it. The forks & rear shock aren’t bottoming out, even over tough terrain.

Even with the sag, there is way more travel to play with than the R80 had (at either end). The limiting factor wrt ground clearance remains the sidecar frame – I haven’t put the 18″ R1200C wheel on the sidecar yet, as I’ll need to get a new axle made up. A job for some future iteration.

– A far better subframe & link into the chair;
– A better set up for the seal & when carrying a monkey, in terms of steering effort & comfort, & front end flex;
– The longer travel is nice to have – especially if on rougher tracks – but there is a price in ‘body roll’ at times;
– The Paralever set up & gearing is actually a pain. In recent headwinds I was running in 4th. I need higher gearing so I can use the full gearing range, rather than 5th becoming an overdrive on some days.

Not the precision tool that the R80 mono was on gravel, but a far better tool in other ways. On Gravel it slides nicely to the right, but I still have trouble getting slides going to the left. Partially because the initial input is soaked up in suspension travel, partially because of the lack of weight in the chair (with no monkey), & partially the para-lever back end. It chatters over corrugations, & doesn’t drive into the gravel (stiffen suspension as the shaft tries to climb the crown wheel) when I throttle on like the R80 did.I haven’t tried classic set up adjustments yet to ‘tune’ handling behaviours.

Tossing up whether I move to a Mono rear end. That would require:
– extending the existing swing arm I have, &;
– getting in an extended shaft drive;
– a new shock.

Or I could stay with the paralever, &
– get the R80GS final drive (32:10);
– get an emerald island drive shaft, to take away the worry of the drive shaft throwing a wobbly.

The advantage of the paralever would be the ease with which a disc to replace the drum brake. It’d be nice to have a better brake back there…

Until I have decided which way to go, I’m not spending any money on springs. 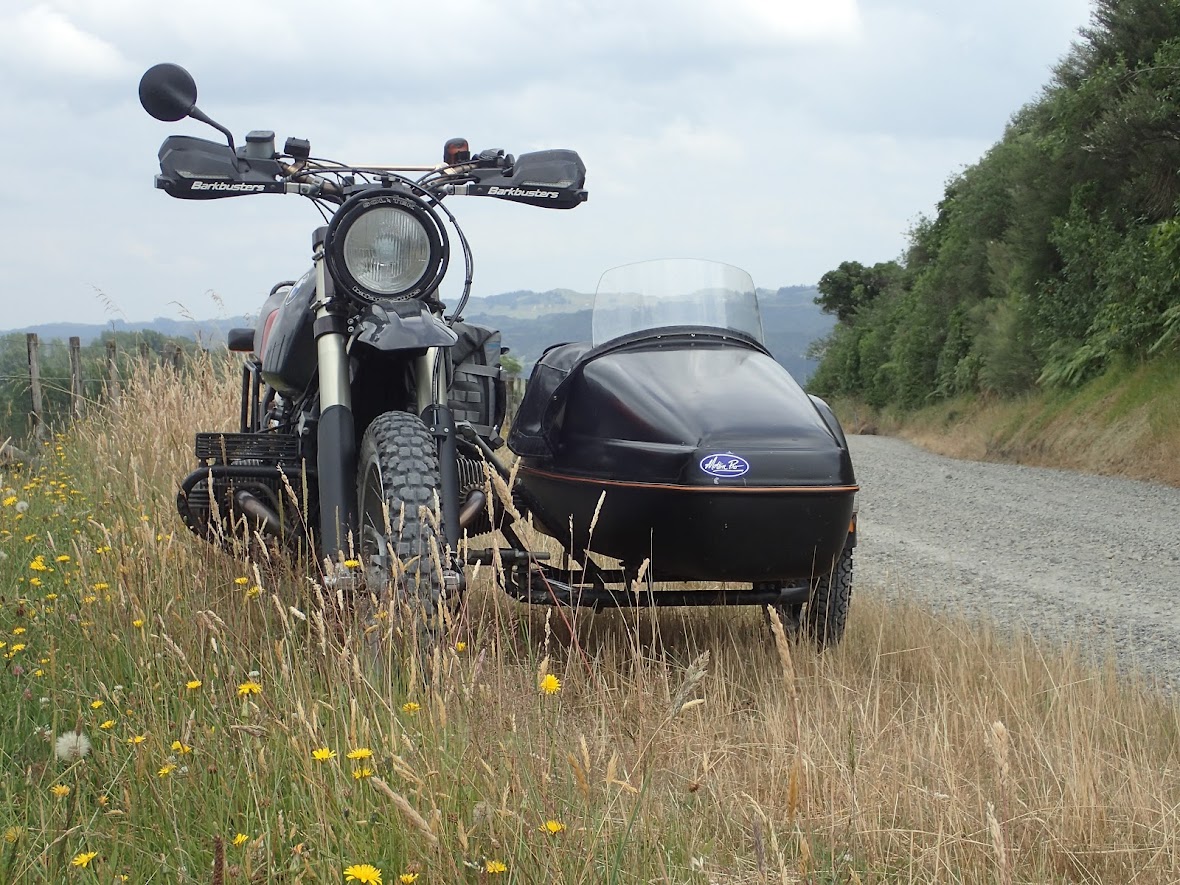