MAINTENANCE 14th Apr ’19:
Today was supposed to be a full on maintenance day, BUT I got distracted by my wife’s ‘hunni-do’ list in the arvo, so that collapsed a bit.

I had a few jobs lined up, which I’ll likely now reschedule for the week:

– Change the grips on the sidecar;
– Change the RHS forkleg, as this is weeping;
– Pulling the fuel taps to figure out the mystery of the missing reserve;
– Figuring out some short term fixes for the Mosko Moto bags.

Changing the grips:
I’ve worn the RHS grip thru to the heated grip resisters. I figured that any attempt to use the heating function might result on more warmth than I was looking for. 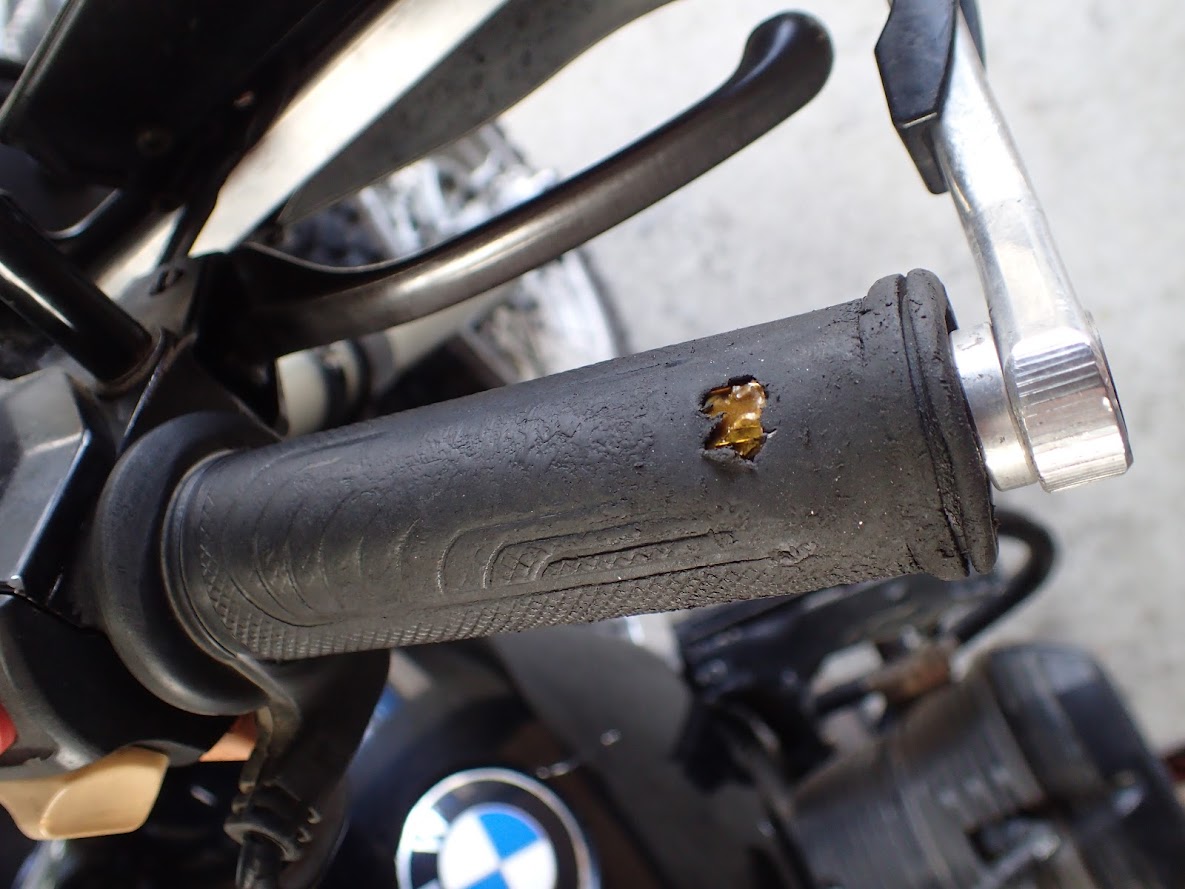 These are Oxford Heated Grips, & have worn pretty well – I put these on when I first got Gus in 2010. The LHS grip was damaged when I replaced bars, so has been replaced with a used grip – still in okay condition

I looked at heated grip replacement options:
– New Oxford Heated grips are $169 retail – I’ve just splashed out on a set for the Supertanker;
– Boyds have a RHS grip & heating element for circa $60;
– I could replace the grip for $29.
I’ve adopted the last option because I’m cheap, there are some bigger bike related expenses coming, & I prefer the quiet life.

The old grip was stripped off to expose the heating element. The grip was cut on the inboard side so that the wiring remained in place. 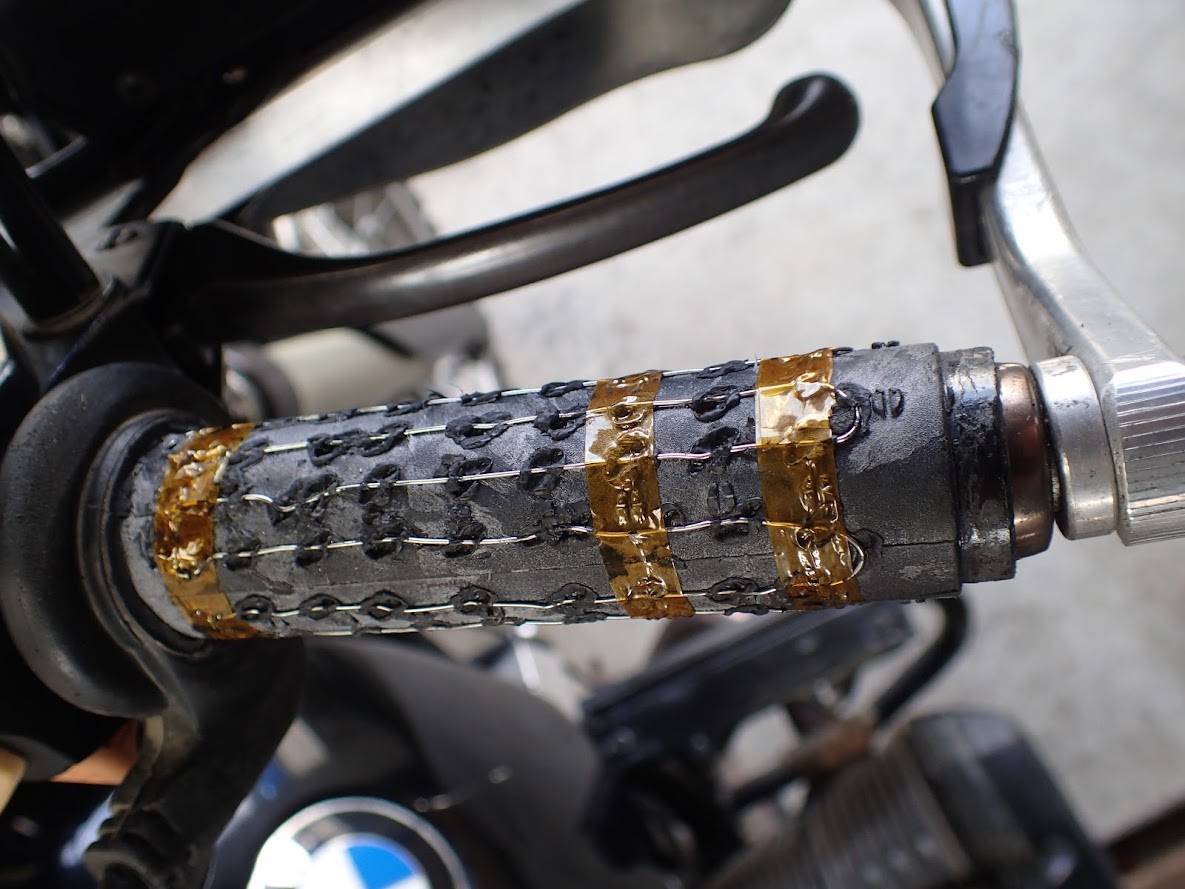 The new (Oxford) grip was cut, so that the length of the grip was correct for the throttle. In this instance I cut off the inboard end, so that this would match with the residual from the old grip. I used an old broom handle to support the grip, to allow for a clean cut. 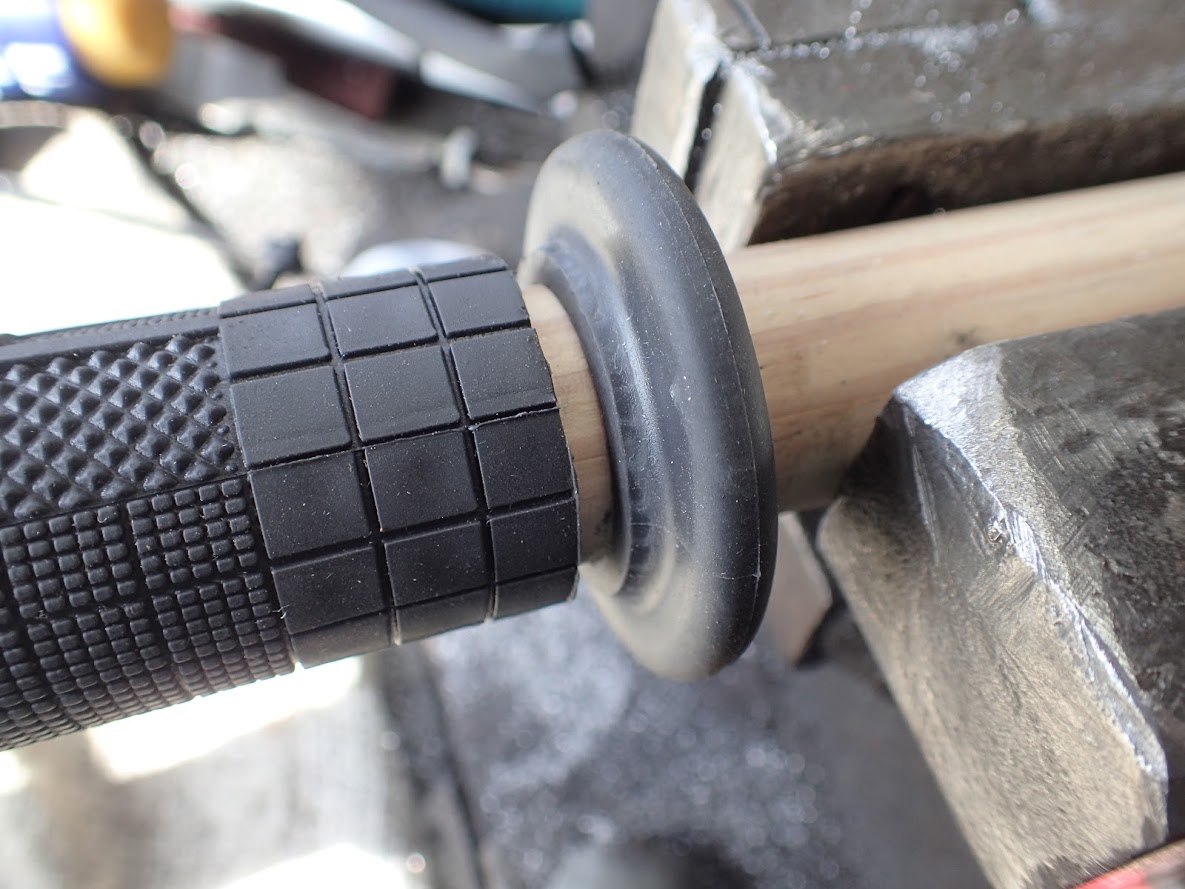 The new grip was then pushed into place. Unfortunately I didn’t use quite enough glue to allow this to slide on smoothly, which is why the grip isn’t quite even. 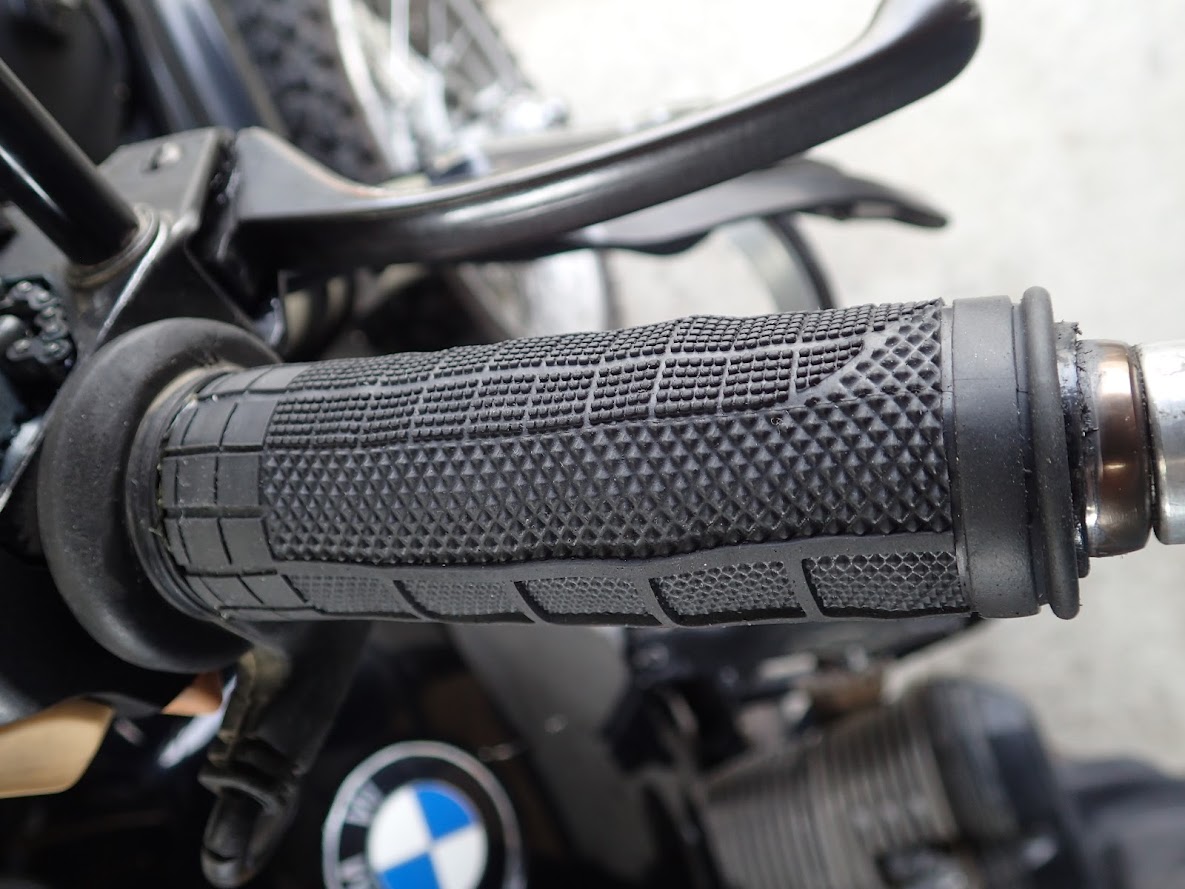 Mosko Moto Bags:
I bought 35 litre Back Country Panniers in 2014. Those were the 1st generation of these bags. I’ve been using the RHS bag for commuting on the Supertanker, to keep my laptop dry. The UV has faded the cordura, & the PVC has started to delaminate in places.

The other day I noticed the bag mounts have started to break up. I’ve been running the LHS on the sidecar & the RHS on the Supertanker. These were HDPE plastic, & I note that Mosko Moto has now changed these to nylon filled glass. The deterioration is disappointing. I’ll pop some photos of this up a little later. New mounts are available, but are a bit spendy. I’ll need to give a lot more thought to this, given that the bags themselves are also starting to deteriorate.