MAINTENANCE – 2nd Jun ’19
Coming back from the White Rock ride, the sidecar started to judder as I moved off from a standing start. The clutch wasn’t otherwise slipping, but I thought that the friction lining might be the issue. I continued to commute the sidecar this week, (actually only 3 days at work), though it obviously wasn’t happy

I hadn’t ever pulled the clutch apart on this particular motor – it orginally came from the bent bike, was in the original R80 mono tug, & had been transferred into Gus. Probably done 25k kms as a sidecar, which I would expect would be fairly hard on a clutch.

Today I ripped into it, in order to sort this issue out. First surprise was the gearbox oil, which was fairly water contaminated. While the metal filings look worrying, they were really just a paste on the magnet & I’m not too worried about them. 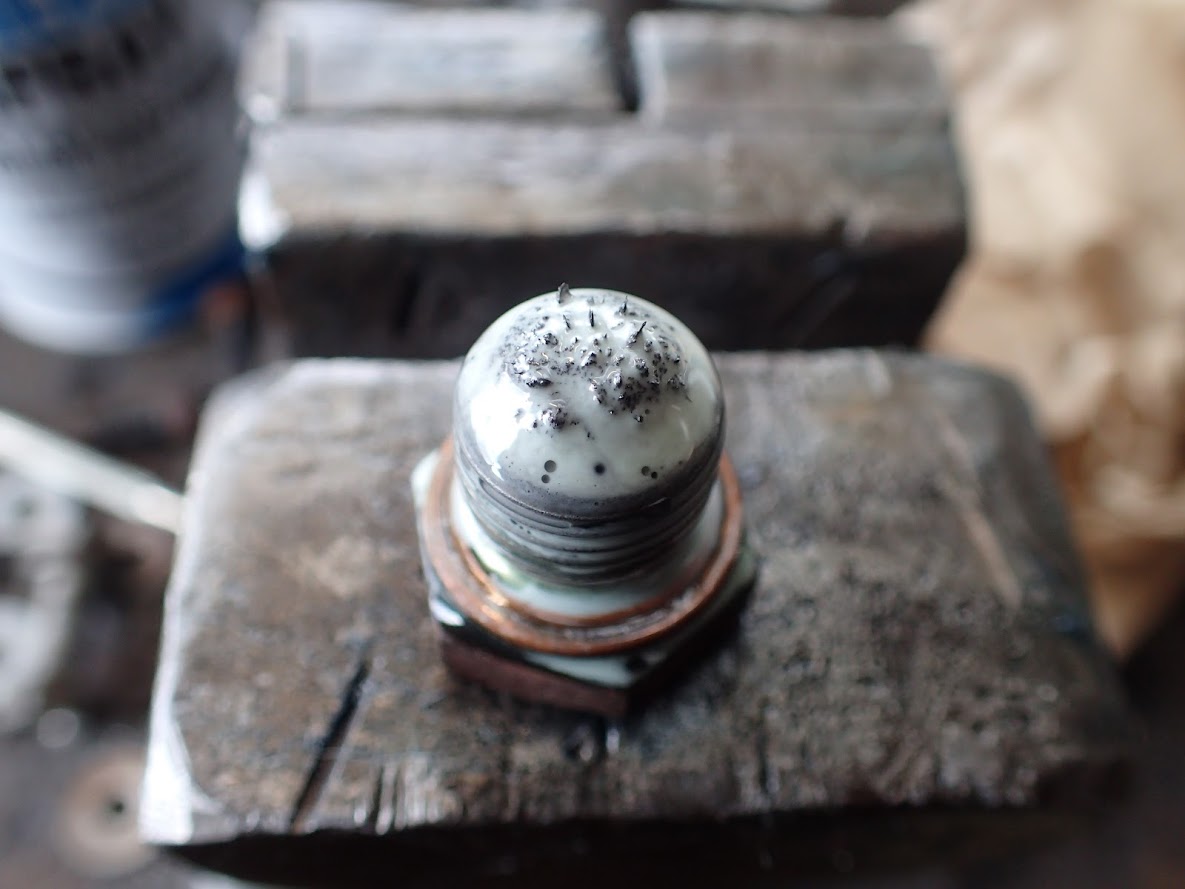 The second was this sitting on the engine shelf below the clutch bell housing, as I eased the gearbox back 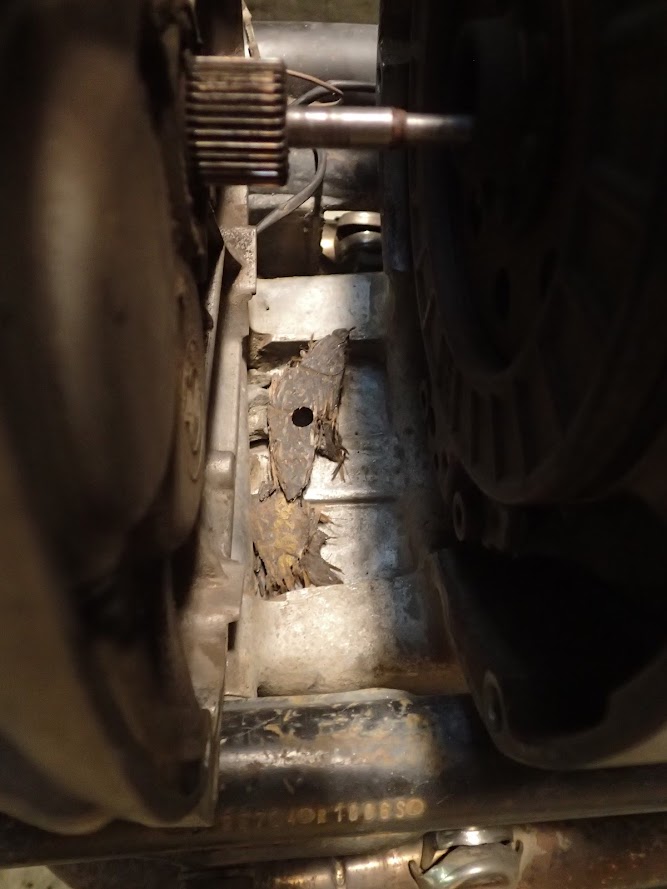 Once I had the gearbox & clutch pressure plates removed, the friction plate looked like this 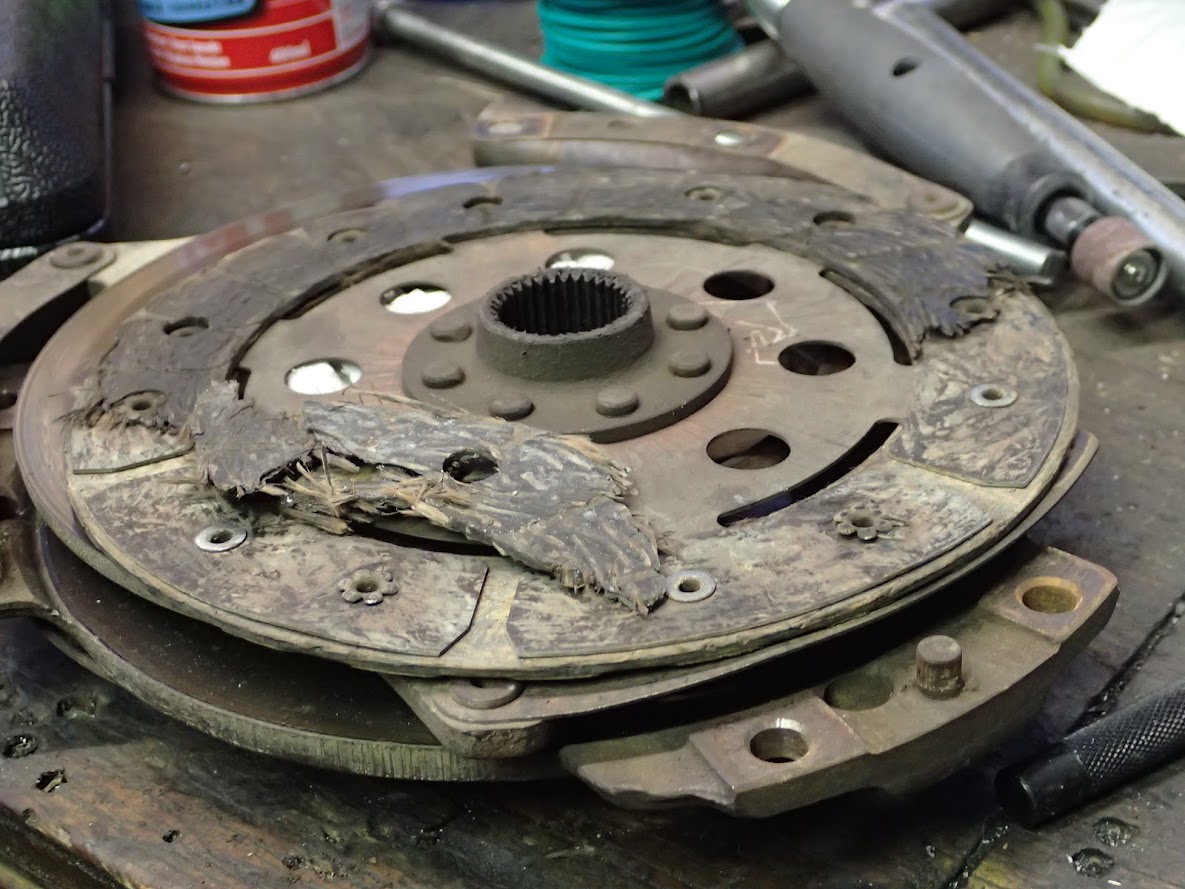 Fortunately just a delimination. The rest of the disc was in spec. Replaced with a new friction disc robbed from the spare motor. This was originally in the G/S & looks it’d been replaced not long before I bought the bike. 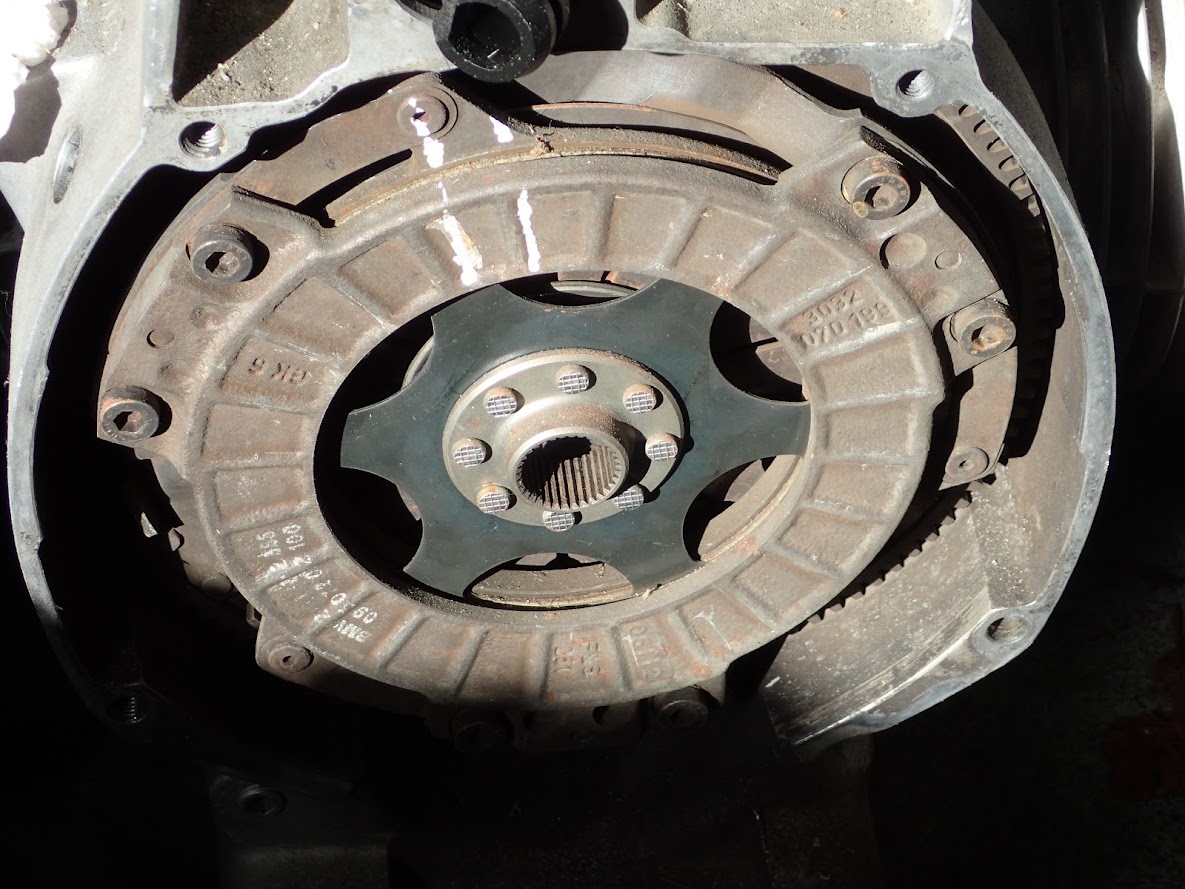